UD Las Palmas – CD Tenerife: García Pimienta and his most personal challenge in the Canarian derby 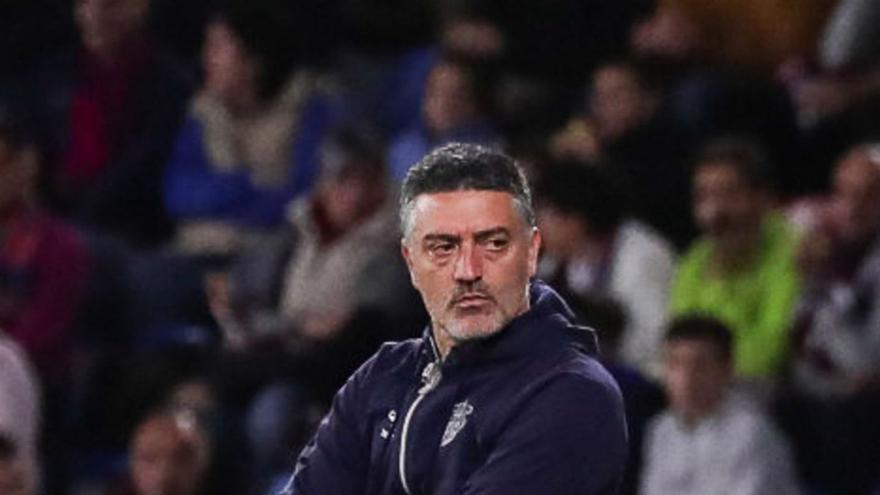 He arrived almost a year ago as a stranger to the vast majority of UD Las Palmas fans and today he is the architect of a team called for promotion to the First Division. It’s Xavi Garcia Pepper, who although he did not start his career on the bench on the right foot, especially in terms of results, later became the coach of records. The coach led the team to promotion last season with the best final leg of the island team in its entire history and this season it has kept it in the top three most of the time, however, past tomorrow they face a personal challenge: to beat CD Tenerife for the first time.

Because in the two previous ones, those that corresponded to the round-trip games of the playoff semifinals, UD fell, and with justice, because the chicharrero team knew how to have the game where they wanted at all times. Somehow, Luis Miguel Ramis won the tactical game: Las Palmas was unable to get their hands on their eternal rival, whom they could only score from a corner –Curbelo’s goal, with a header– in the discount of the Gran Canaria clash when there was almost no hope. Not time.

After signing a historic season finale, with nine victories out of 11, UD lost out against the chicharreros

UD arrived at that event after completing their best final ever, with nine victories, the last five in a row, and two draws in the final 11 rounds, but the effort to get there was such that changing the chip to a tie just three days after the decisive clash proved fatal. It was one of the arguments used by the coach to explain the fall at the key moment after having come out unscathed from many others, but there were also football explanations that the Barcelona player has taken pains to find a solution for the derby on Saturday.

routes to the goal

It basically involves knowing how to find access routes to the opponent’s goal against a team that will presumably install a wall in front of their area to try to steal and go against it as the only way to attack. In a way, it is the same problem that Las Palmas has had to face in various games this season and that in some cases it has not been able to solve, such as against Racing Santander (0-0), Ibiza (0-0 ), Huesca (1-0) or Burgos (0-2).

In the Heliodoro match last June, UD was very slow and predictable, which made it easier for Tenerife to stand in their field and surpass their rival in aggressiveness. He did not have the ball, but he scored and had two other clear chances to extend his lead; the yellows, for their part, also wasted some opportunity, but the feeling they gave off was impotence.

The second part went the same way. Days later, in the second leg, the blue and whites took the lead early as a result of a set piece and then UD were unable to overcome the defensive barrier of Ramis’s team, even less when Jonathan Viera, overexcited by his statements nothing more finish the Rodríguez López game – he declared “I see a lot of partying here, and it seems good to me, but we are waiting for you at Gran Canaria -”, he had to retire due to injury before the end of the first half.

The excessive prominence of the UD captain in the game, in those games, was not good for the team, which has learned to overcome the absence of its leader. At least, it is no longer a drama that La Feria is not there; without him, Las Palmas beat Málaga, Andorra and Leganés this season –he came onto the field in the second half when the yellows were already winning and helped them win– and drew against the then and current leader, Deportivo Alavés.

One of the keys for Las Palmas to take its private revenge against the neighbor across the street is in matching the intensity that Tenerife will presumably put on and in the increase in pace that UD proposed at Heliodoro. Although the speech from the outside doors is that of normality, inside the dressing room it is clear that it wants to redeem itself from what happened just five months ago. It is up to García Pimienta to search for solutions. The derby is a test for him. A personal challenge.

UD Las Palmas plans to complete the third session of the week this morning starting at 11:00 am in Barranco Seco and after it, Jonathan Viera, the yellow captain, will take the floor. He was a protagonist in the playoff last June for his “I see a lot of partying here, and it seems good to me, but we’ll wait for you in Gran Canaria” after his team lost in the first leg of the semifinals at Heliodoro (1-0) , The one from La Feria seeks his small personal revenge against his eternal rival, no matter how much the dressing room proclaims that the day after tomorrow (9:00 p.m.) is one more game and that that elimination is already forgotten. To make matters worse, the ’21’ had to retire injured in the second leg before the break and could not help UD to make a comeback that would never come. His desire to win on Saturday are endless. | FAQ

Almost 1,000 residents of La Guancha are left without water supply for three days

Acción Social allocates 6.8 million to help the most vulnerable people in Tenerife

They rescue a boat with 70 people in Canarian waters