The complainant of the Laycas case expands the complaint against the mayor of La Laguna, who defends the legality of the contracts 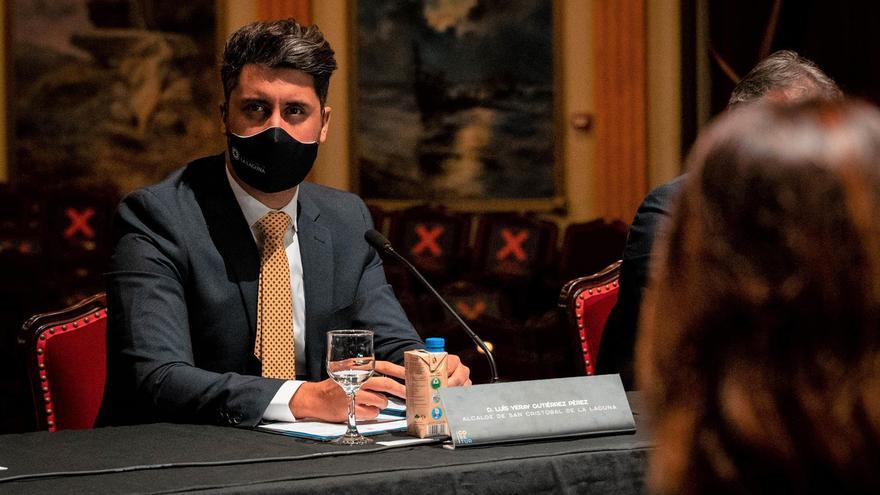 The mayor of La Laguna, Luis Yeray Gutiérrez, has assured this Monday that the complaint for the so-called Laycas case is political in nature and “behind” is the hand of the Canary Coalition (CC), while the complainant, the non-attached councilor, Alfredo Gómez, has asserted that it is a fight against corruption.

After testifying before the head of the Investigating Court Number 2 of La Laguna, Celia Blanco, the mayor declared that “we have finally been able to tell the judge the reality of this story. This is a political denunciation, to begin with”, and she has added that “it really has a depth behind it that is fictitious”.

According to Luis Yeray Gutiérrez, in the lawsuit for the alleged award of more than a hundred finger contracts for an economic amount of around one million euros, there is talk of “family issues that have nothing to do with reality, as we have shown with the documentation provided today” and in the answers that he and two councilors have given to the judge.

“At last we have been able to tell the reality”, insisted the mayor, who has affirmed that the hirings made by the City Council of La Laguna “have favorable reports from the officials, which must be highlighted”, and has shown his “total and absolute trust in the officials”, since “nobody” is going to question the great work they do.

Luis Yeray Gutiérrez has reiterated that all the documentation is in accordance with the law, and has once again emphasized that the municipal political situation is “known to all” and it is a political accusation “that has the hand of the Canarian Coalition behind it, there are to say it openly”.

The mayor has declared that what is being attempted is to “laminate, discredit the image of the mayor”, something that he will not allow, and has pointed out that he and the four councilors are not being investigated but have been called to give their version of the facts “that a man, with the approval of two councillors, has presented”.

Subsequently, Alfredo Gómez, a non-attached councilor after leaving Ciudadanos, has stated that the mayor has not responded to the questions of the popular accusation and what he does is “remain hidden trying to protect himself in a silence not typical of the position he occupies.

Alfredo Gómez has said that it is “quite relevant” that the mayor now says that he has not intervened in the contracts, that “they have come directly from the officials of each of the areas, which forces us to cite them because, according to the Mayor, they are the ones who have made the proposals”.

He explained that he filed the complaint because when he served as president of Transparency of the municipal corporation he saw that there were “many” contracts with the same companies, and it turns out that one “of which the owner has taken almost a quarter of a million euros in minor contracts given by hand, it is the one that has made the illegal construction to the mayor” in his house.

Alfredo Gómez has pointed out that he denounced the matter of the works in the house of Luis Yeray Gutiérrez almost a year ago and the Councilor for Urban Planning, Santiago Pérez, had not given the order to inspect them and “hence his complicity”.

Something that, he commented, he had requested but since the City Council of La Laguna has not sent them, the judge has made a second request.

Candelaria increases the municipal budget for 2022 by 5.86%