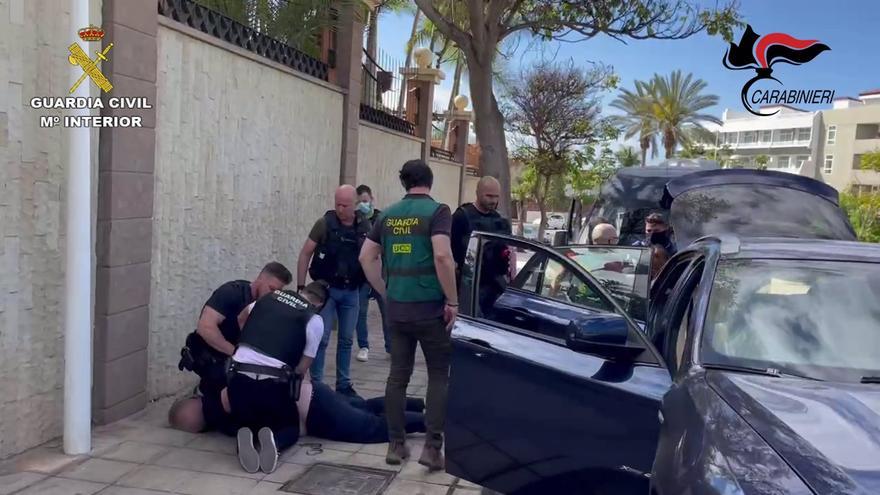 The Civil Guard has arrested a 38-year-old man in the town of Arona, in Tenerife, claimed by the Italian authorities for crimes of kidnapping, illegal detention and hostage-taking, as well as robbery with firearms. He managed to flee the country of origin with false documentation in mid-2021, after Italian agents arrested the criminal organization that he was part of.

The operation begins after the information received by the Justice Escape Team of the Central Operational Unit (UCO) that indicated the Canary Islands as the possible whereabouts of the now detainee, putting on a specific device to locate him.

After the actions of the Benemerita, the man had to change his address so as not to be located by the agents. The investigators specified that the detainee had a disproportionate rhythm of life in Spain. He lived in a villa valued at more than three million euros located in one of the most exclusive areas of Playa de las Américas.

After several days of searching, finally, the agents located the man at a new address on March 22, when the arrest took place, with the support of the Canary Islands Organized Crime Team (ECO) and the Reserve and Security Group. (GRS) number 8 of Tenerife, due to the danger of fleeing.

Both the detainee and the proceedings carried out have been handed over to the Central Court of Instruction number 4 of the National High Court, on guard duty.

Likewise, the agents have arrested others persecuted by the Italian justice in the framework of this operation, such as the arrest of two members of the Italian criminal organization N’drangheta, one in Barcelona and the other in Malaga, in September 2021.

Santa Cruz, among those that fail to meet the new contamination criteria

The Cabildo de Tenerife allocates 208,000 euros to the drafting of the Güímar desalination plant project