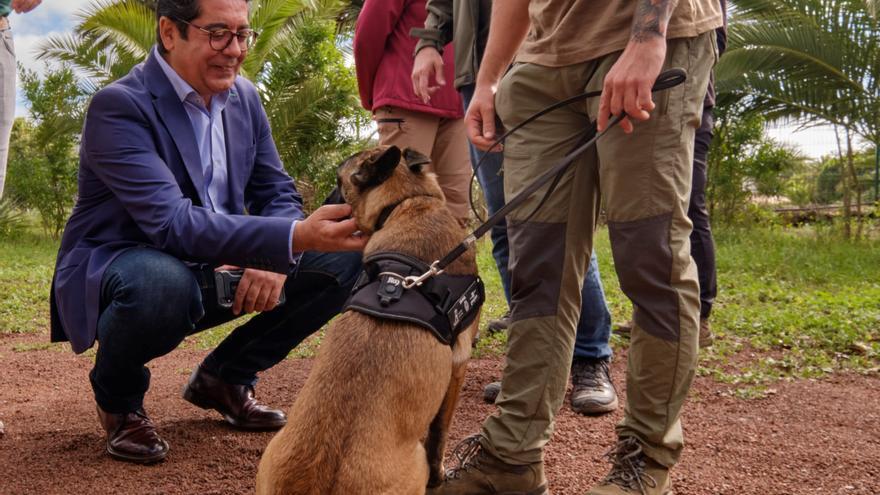 I have Y jama are the names of the two dogs Belgian Malinois shepherds who will help environmental agents of the Cabildo de Tenerife to to identify poisons deposited in the natural Protected Areasas well as corpses of animals killed by the ingestion of toxins.

In this way, a recurring problem that affects wildlife by being contaminated by these products and affected, in many cases to the point of death, will be solved, as reported by the Cabildo de Tenerife in a note on Wednesday.

The two dogs form the Canine Unit of the Cabildo de Tenerife, which was presented this Wednesday by the president of the Cabildo, Pedro Martín, accompanied by the Minister of Natural Environment and Security Management, Isabel García, and the CEO of Gesplan, Agoney Piñero .

The two dogs that are members of this Canine Unit, Teno and Jama, carried out, together with their guide, a demonstration based on the location of the corpse of a bird, and the protocol for the execution of the identification and collection of the same carried out by the Agents was carried out. of Environment.

‘Tecnológica Santa Cruz’ addresses disclosure, misinformation or the secrets of the metaverse

Tenerife registers up to 11 earthquakes in two hours