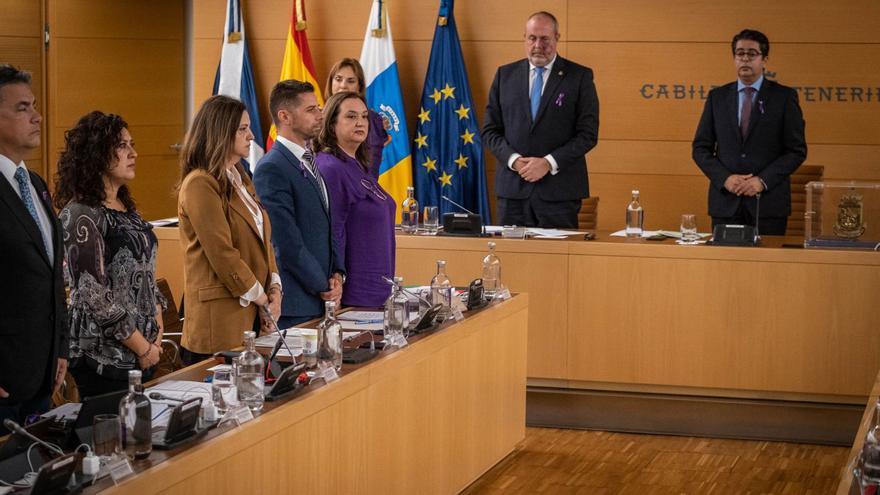 Titsa will buy 248 new buses, 171 of them hybrids, with an investment of 88 million euros through a tender that opens in December to be able to face the necessary renewal of the fleet, based on the forecast increase in demand as consequence of free public transport from next January 1, 2023. Enrique Arriaga, insular Councilor for Mobility and president of the company as well as of Metropolitano, announced it in plenary session of the Cabildo in response to a question from the Canary Islands Coalition regarding what the area has done to comply with the measure that, after the CC agreement and the Government of Spain to support the General Budgets of the State, will be in force as of the first day of next year.

Arriaga explains that this Plan Renove, the most important in the history of the insular transport company, it will allow the removal of vehicles with more than ten years in just three, since the threshold of the delivery commitment will be in the years 2024 and 2025. This is the time it takes to construction of the buses.

The initiative will save 1.8 million liters of fuel per year and prevent the emission of 4,000 tons of CO2 into the atmosphere. Expanding the fleet is equivalent to replacing the 207 buses that the Cabildo is obliged to return by the end of 2023 with the rentin system that was applied in previous mandates. Those with more than ten years of operation will also be withdrawn.

In the shorter term, during 2023, 100 buses that they requested in March 2021 will arrive. Until the end of the year, about 20 of this batch will arrive. In addition, there is another rental contract for 20 buses that are scheduled to arrive on the island in March of next year.

“All this allows us to guarantee the availability of the buses this year and the following ones,” points out the also vice president of the Cabildo, with the idea of ​​being able to provide the best possible service to some users whose number is expected to increase with free use. The other fundamental action is the hiring of 97 new drivers.

Arriaga criticizes, before the question of the nationalist adviser Félix Fariña, the “disastrous inheritance received”. He also rejects the accusation of the supposed boycott from the insular Corporation of free transportation.

In addition to the announcement of the renewal of the fleet, Arriaga indicates that «The technicians from Titsa and Metropolitan study the cost of changes in the computer system to face the gratuity». He also recalls the increase of 45 million euros since 2019 only in transport investments.

In another order of things, the island plenary unanimously approves to demand the “urgent” completion of the works of the IES Guaza and the CIFP Adeje, in the south of the Island. The motion of the Canary Islands Coalition, through its adviser Juana María Reyes, proposes “promoting the work included in the Canary Islands Educational Infrastructure Plan 2018-2025”. This document contemplated 39 actions on the Island with an investment of 154 million euros and, according to the proponent, “many are paralyzed.” De la Rosa explains that “the situation of the IES Guaza and the CIFP Adeje is especially serious, since the works had to be finished and the new centers had to be in operation since the previous year.”

Iván Martín (CC) took office as councilor of the Cabildo, replacing Coromoto Yanes (yesterday he was 31). The former councilman of Santa Úrsula received his commemorative medal from the island president, Pedro Martín. The new director values: «I come with the illusion of working during the six months that remain to finish the mandate. I am happy to return to what was already my home for four years and I appreciate the shows of support. | JDM

Journal of the longest session

The plenary session beats marks with 55 points and an extra battery of questions, 19, that CC presents because “they do not answer us in writing and the regulation marks it.” This also makes it clear that the sessions cannot last more than eight hours (from 10 to 6). Result: nine questions again in the pipeline. Pedro Martín comes to call Valentín (by González from the PP) Antolín (Bueno from CC) who starred in these ten questions from his solo group. From ITER to cultural heritage. “Dr. Bueno”, as Parrilla calls him, is wrong to refer to the fishermen of the San Nicasio collective as San Casiano. Almost. He takes it with humor: “Today I earned the diet.”

Two motions withdrew. That of Zaida González (PP) on people with disabilities, without debating because “there is already a legislative change at the national level.” David Carballo, from Sí Podemos Canarias, did the same, but after almost an hour of discussion in which he “pressured” Santa Cruz to withdraw the Monument to Franco. The amendment to the entire CC “changes our proposal,” he says. More deja vu with the usual controversies. From the name –Monument to Franco or Angel of Liberty (sic)– to the artistic value of the work of Juan de Ávalos. The extension of the tram to Los Rodeos comes out again, a cultural program in municipalities is questioned, the delay in the delivery of vehicles to Civil Protection, the campaign of women in underwear in transport or shelters for cats. Félix Fariña (CC) asked about a recent trip by Arriaga to the United States and it was approved, with three abstentions, to urge the Government of the Canary Islands to provide financing for the delegated powers.

Approved the List of Jobs (RPT) of the IASS. It does not convince the PP and Sí Podemos to abstain (3 votes to 27 in favor). It seems that neither the workers with noisy protest (another deja vu) out.

Hours of shopping centers in Tenerife on the December bridge

The hojiblanca-picual oil, from the brand Teguerey, from Fuerteventura, Prepared by Luis Hernández Santana, has been chosen...