Francis González, candidate for the Mayor’s Office for the third time in 2023 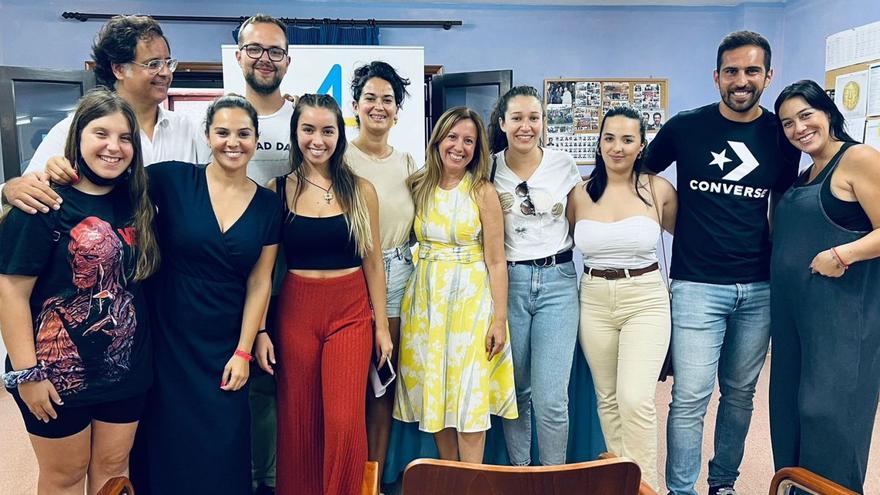 The extraordinary assembly of the Canarian Coalition (CC) of Icod de los Vinos unanimously proclaimed the current mayor and local general secretary, Francis González, as CC candidate for Mayor of Icod de los Vinos ahead of the next elections municipal meetings to be held in May 2023.

The assembly, which was attended by the Secretary of Organization of CC de Tenerife and a nationalist deputy, Rosa Davila, agreed by acclamation to the candidacy of the current nationalist mayor who was very “pleased and happy for the acclamation as a candidate by the local committee and the assembly, and even more so for doing so in difficult times like the ones we are experiencing; and also for the love that all my colleagues have shown me».

The candidate for the third time for Mayor of Icodense for CC was “more excited than ever when it comes to facing this new challenge, what the May 2023 elections will be like as the CC candidate for Mayor. We have the best team, made up of the best people, and we have the best project for Icod de los Vinos, where our goal is to put the municipality in the place it deserves.” González assured that the election as a candidate “comes after an important reflection process” and highlighted the decision to make the proclamation in the month of July.

«We face the elections of May 2023 with great enthusiasm and enthusiasm with a clear goal of achieving an absolute majority”, highlighted the mayor and candidate of CC. In addition, he stressed that “despite the pandemic and crisis situation, the citizens of Icod support our management because they have been three very hard years and I believe that our management supports us.”

“We have the challenge of structuring the administration of Icod de los Vinos and I believe that we have carried out good management despite the pandemic and economic crisis. Therefore, we face this election with more enthusiasm than ever, “said the Mayor of Icodense.

For her part, the Secretary of Organization of CC de Tenerife and nationalist deputy, Rosa Dávila, showed her pride in the “fortress” of the local CC committee in Icod de Los Vinos and the work done by the local committee. “It has been shown once again that our organization is the most powerful in the Canary Islands due to its territorial implementation in one of the most important municipalities on the Island,” he said.

Dávila highlighted that Francis González is an “honest person, very hard-working, and that he has done a great job as head of the Mayor’s Office of Icod during these years. His daily work and his effort in seeking the welfare of the residents of the municipality are the best letter of introduction for the upcoming elections. I am convinced that Francis will once again be the mayor of all Icodenses.”

For his part, the local secretary general of CC de Tenerife and mayor of La Orotava, Francisco Linares, stressed that CC “is a living project, which excites, an organization that makes a team, that works hand in hand with the citizens, because in The DNA of our party has the citizen as a fundamental axis, and that implies that we want and encourage their participation in matters of interest to them.

«We are a party that was born from the neighborhoods, from the towns and we have always remained there, with great pride; both when we have been governing and in the opposition, we have not lost the perspective of our neighbors, because we have a vocation for public service”, concluded Linares.

The resigned – The Province