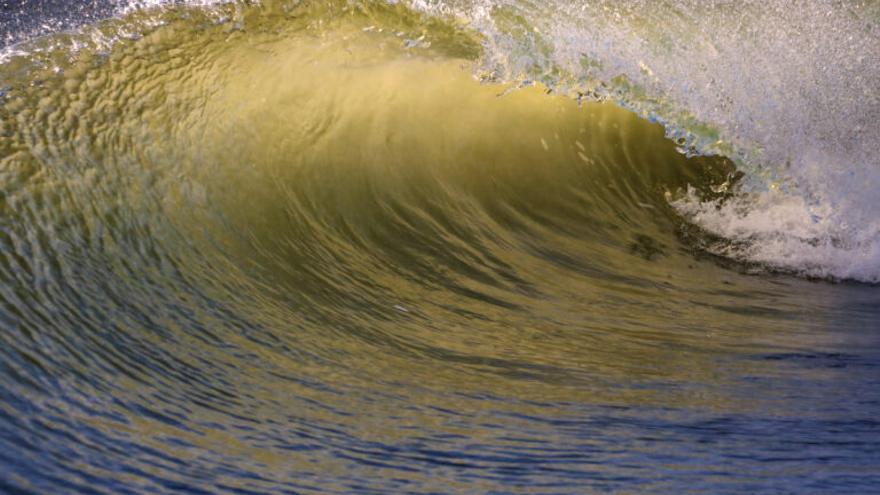 This article was originally published on May 31, 2021 and is updated on September 14 of the same year based on new information.

The Canary Islands are exposed to new tsunamis such as the one that experienced in November 1755 as a result of the Great Lisbon Earthquake and also has one of the most active volcanoes on the planet, potentially capable of generating a tsunami with large waves that would reach more than 100 meters in height. . The seismic activity detected these days around the Cumbre Vieja volcano, on La Palma, increases the possible risks.

The Great Lisbon Earthquake originated somewhere in the Atlantic Ocean, less than 300 km from the Portuguese capital: it was followed by a tsunami and a fire that caused the near total destruction of Lisbon and the death of between 60,000 and 100,000 people.

The Canary Islands recorded the effects of these episodes, which affected all the islands, according to the first study on the catastrophic effects caused by tsunamis in the Canary Islands in the last 500 years.

The study, published in the journal Geosciences, was developed by scientists from the Geological and Mining Institute of Spain (IGME), the Museum of Natural Sciences of Tenerife and the University of La Laguna.

After the Great Lisbon Earthquake, the sea retreated in Tenerife and Gran Canaria more than 1 kilometer, to return about 10 minutes later and penetrate inland: it left a flooded distance from the coast of around 1 km, the authors write in their Article. This process of flooding and withdrawal from the sea was repeated up to three times.

In the Puerto de La Luz, in Gran Canaria, the sea flooded the Hermitage of Our Lady of La Luz and, when it was withdrawn, it left it full of fish. It also uncovered the remains of a shipwreck that some onlookers came to see, until the sea returned again and washed them away.

The authors estimate that the level of flooding by this tsunami was more than five meters, although the damage caused by the waves was scarce because the occupation of the coast was low due to frequent pirate attacks.

Future dangers The authors of this research point out that an episode similar to that of 1755 can be repeated.

They consider that the Canary Islands is located near the limit of the North African and European plates, where one of the most dangerous seismogenic segments is located, which was already the origin of the Great Lisbon Earthquake.

This area is also related to other historical events that date back to 216 years before our era, and even to one from 1731, perhaps a precursor to that of 1755.

At present, this seismic zone is still active and related to the great earthquakes followed by tsunamis that took place in 1969 and 1975 (which also had a slight impact on the Canary Islands).

The 1969 earthquake followed by tsunami originated in the Gorringe Bank, an underwater mountain located about 130 kilometers west of Portugal, between the Azores and the Strait of Gibraltar.

Although that tsunami did not have major repercussions on the islands, the authors of this research consider that this area currently represents one of the greatest threats to the Canary Islands, especially to the island of El Hierro (El Golfo area) and the north of Lanzarote. , considered the most threatened by this eventuality, with waves between 4 and 5 meters high arising from the Gorringe Bank.

The authors have also calculated the possibility of episodes such as that of 1755 that can occur from this area: the recurrence ranges between 700 years and 3,500 years.

They also identify a fault located between Gran Canaria and Tenerife as potentially capable of generating large earthquakes.

This fault is related to the largest earthquake recorded in the Canary Islands, which took place on May 9, 1989 with a magnitude of 5.3 degrees and which had its epicenter in the sea, 15 kilometers from the coast of Güímar (Tenerife).

The shadow of Cumbre Vieja on La Palma

The shadow of Cumbre Vieja on La Palma The authors of this research consider that the risk of tsunamis does not come only from the sea: it also comes from massive coastal rockfalls, such as the one that occurred in November 2020 on the island of La Gomera: although this was a relatively small rockfall, the Researchers assume that larger ones may occur.

The authors warn that the occurrence of large landslides in the Canary Islands could be one of the main dangers that affect its coasts.

The greatest threat in this regard comes from the Cumbre Vieja volcano, the most active in the Canary Islands and one of the most active on the planet. One of its flanks has begun to move towards the ocean, and its eventual fall it would cause a disaster comparable to the impact of a meteorite against the earth’s surface, according to a computer model developed by European and North American scientists.

If it were to fracture completely, a gigantic land mass of between 200 and 500 cubic kilometers would fall into the sea, which can generate tsunamis with large waves that would reach more than 100 meters in height: the risks would be catastrophic not only for the Canary Islands, but also for global scale, affecting about 100 million people.

All this concern has increased with a new swarm of earthquakes that began on Monday, September 13, 2021 under the area of ​​the La Cumbre Vieja volcano, in the southern part of the island of La Palma.

The Volcanic Emergency Plan of the Canary Islands has decreed the yellow alert, which indicates an increase in the activity of Cumbre Vieja. If the escalation were to continue, the next level would be orange (probable short-term eruption) and then red (volcanic eruption in progress or imminent).

So far, more than 350 tremors have been detected, including 14 earthquakes with magnitudes greater than 3.0, and 226 earthquakes between 2.0 and 2.9, informs Volcano Discovery, a global service on volcanic activity around the world.

The strongest was an event of magnitude 3.4, which occurred at a depth of 9 kilometers at 00.46 am local time on September 13, which was felt by nearby residents.

Most earthquakes occur shallow, around 8-12 km. The new data suggests that new magma is intruding into a reservoir below the volcano, according to this report.

Magma is rising Whether or not this could lead to new volcanic activity is impossible to say yet, as there appear to be no other signs of significant volcanic disturbances at the moment.

Similar earthquake swarms have also occurred in the past, most recently in late December last year.

However, back then, the earthquakes were deeper (around 30 km deep).

That they now arise 9 kilometers away could indicate that magma has risen higher in the volcano’s underground storage systems, Volcano Discovery concludes.

Much worse than Indonesia

Much worse than Indonesia The tsunami expert from the University of Rhode Island (USA), Stéphan Grilli, has analyzed in depth the collapse of the flank of the Anak Krakatau volcano, which was triggered by an eruption on December 22, 2018.

That collapse generated a tsunami that hit the Indonesian coast with waves of up to 5 meters, leaving 420 dead and 40,000 displaced from their homes. Grilli considers that the Canary Islands represent a much greater threat than that of the Krakatau volcano.

Without talking directly about Cumbre Vieja, points out that «our eyes are on the Canary Islands, because that volcano shows signs of becoming unstable and an eruption could cause a large landslide on one of its flanks, which according to studies could be up to 2,000 times larger than what we saw In Indonesia”.

Possible mega landslides: prepare The authors of the ULL research conclude that the documented tsunamis corroborate the hypothesis that the Canary Islands could be affected in the future by tsunamis triggered, both by distant earthquakes, and by massive earth movements such as the one that could hypothetically cause Cumbre Vieja.

And they end up raising the need to update the emergency plans of the Canary Islands to prevent possible catastrophes to which the islands are exposed.

They emphasize that the inhabitants of the Canary Islands are not aware of the danger of a tsunami, so there is no knowledge of self-protection measures, such as what to do or where to go in the event of a tsunami.

These factors make the vulnerability of the exposed population, both residents and tourists, very high, which is why they propose to enable information and training campaigns so that citizens know the phenomenon, how it can affect them and what they should do in case it occurs.

Finally, they raise the need to adapt the emergency plans of the Autonomous Community of the Canary Islands, whose coasts could potentially be affected by tsunamis, to the Basic Directive on Civil Protection Planning against Seismic Risk.

They conclude by pointing out that the population of the islands is mainly concentrated in the coastal perimeter, as well as in the capitals with two important ports, and that territorial planning does not take this threat into account due to its low recurrence and the lack of information on past events. and the low damage caused.

Superdino opens an establishment in the town of Costa del Silencio

More than 50 agents reinforce security in the Ring