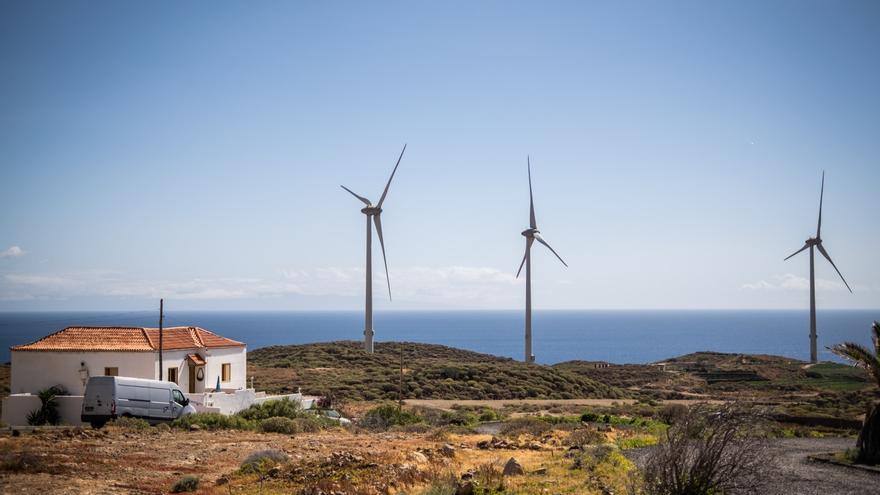 The Arico City Council has the support of the Canary Islands Federation of Municipalities (Fecam) and the Board of the Parliament of the Canary Islands to the demand that the collection be restored, by the municipalities, of the Tax on buildings, installations and works (ICIO) to authorized wind and photovoltaic farms. The Constitutional Court annulled its charge for the consistories last October, so Arico could not receive 700,000 euros.

The Fecam and the Board of the Autonomous Chamber support the Ariquero plenary agreement (adopted on November 30) to compensate for the annulment of the ICIO after the declaration of unconstitutionality of the same on October 25, 2022. For this reason, Arico urged the parliamentary groups of the Cortes Generales to modify the Law Regulating Local Treasuries to equate, for the purposes of applying the ICIO, the authorization of general interest to the building or urban planning license.

The Arico Plenary asked the Parliament of the Canary Islands to establish an economic mechanism to alleviate the effects that the annulment of the ICIO will have on the municipal budgetary balance and on other areas of municipal life. Likewise, the General Directorate of Energy of the Department of Ecological Transition of the Government of the Canary Islands requests that it promote an agreement with the affected municipalities to agree on energy sector planning and reverse the current situation of depriving the affected municipalities of the power of urban control through the use of declarations of general interest.

From this moment and with the advice of the Fecam, Arico began a round of contacts with the parties that make up the regional Chamber in search of an agreement that guarantees the Consistory the collection of said tax that compensates for the overexposure to these infrastructures in the town.

Plenary of Arico during the session of November 30, 2022 THE DAY

The mayor, Sebastián Martín, recalled that the problem affects all municipalities, but “it affects us much more due to the massive implementation of wind and photovoltaic parks in our territory.” He announced that the next step, hand in hand with Fecam, will be to bring together the parliamentary groups of the parties that make up the Government of the Canary Islands “to seek a solution that must go through legislative changes and compensate for the economic losses that the municipalities may suffer affected and reintroduce the tax”. We will do it hand in hand with Fecam”.

Martín considered it “fundamental to order the planning of renewable energies to avoid the abuse of declarations of general interest and the modifications by decree of municipal planning that the Government of the Canary Islands is carrying out”.

Andrés Martínez, Councilor for Urban Planning and the Environment, was “optimistic” since “it is vital that we can continue to enter this money, which can have an impact on the most necessary issues for the Ariquera population.”

The Councilor for Economy and Finance, Víctor García, considered that “political unity is essential so that each and every one of the facilities, not only Arico, see their impact offset through this tax.” The mayor stressed that ” In 2022, it has been impossible for the City Council to collect the 700,000 euros from the ICIO for the wind farms and photovoltaic plant installations, which the Canary Islands Government intends to continue installing in Arico”.

What is the ICIO and why is it unconstitutional?

The ICIO is a municipal ownership tax of an optional nature, so that it is each city council that, by virtue of its fiscal autonomy, decides whether to collect it or not. The taxable event of this indirect tax, that is, the one that gives rise to the obligation to pay the tax, is the execution of a construction or a work or the assembly of a facility for which it is necessary to obtain a municipal license. Also the works for which it is necessary to present a responsible declaration or a previous communication. The key is that the license or control of the activity must correspond to the town hall. And this is key, it is worth insisting, because it is what underlies the TC’s decision.

As a result of a dispute opened by the Montero Aramburu law firm on behalf of the company Alas Capital, promoter of the La Morra wind farm, built in Arico, the Constitutional Court ruled, on October 25, 2022, that the legal subterfuge created by the Autonomous Community in 2011 is illegal because it invades the competence of the State to regulate the taxes of local entities. In fact, The magistrates of the TC emphasize that it is difficult to equate the express authorization of the Executive and the municipal license, when it is evident that “the meaning and purpose of the special authorization consists precisely in depriving the affected municipalities of the power of urban control”.

Rosa Aguilar calls for closer ties between university and city

Avocado thefts in Güímar do not stop despite the latest arrests