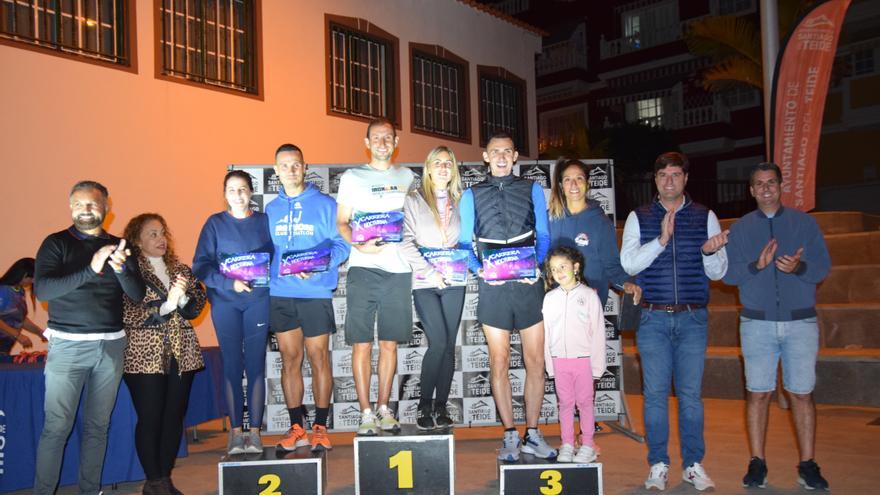 The local runner Jairo Pérez in the men’s category and Brenda Morín in the women’s category were the absolute winners of the X edition of the Santiago del Teide Night Race, which brought together more than 400 athletes.

The local male classification was the same as the general classification while in the female category Paula Sahelices was first, Guada Arnedo second and Flor Nathalie third.

The mayor Emilio Navarro and different members of the government group were present at the award ceremony.

“The only thing missing was this”: they denounce that dozens of tourists ride bicycles through pedestrian streets in Santa Cruz

Three men arrested for the theft of jewelry valued at more than 7,000 euros in homes in Santa Cruz de Tenerife

Behind the secrets of the Guanche caves

Santa Cruz de Tenerife inaugurates its Carnival 2023 this Friday, the first normally after the pandemic