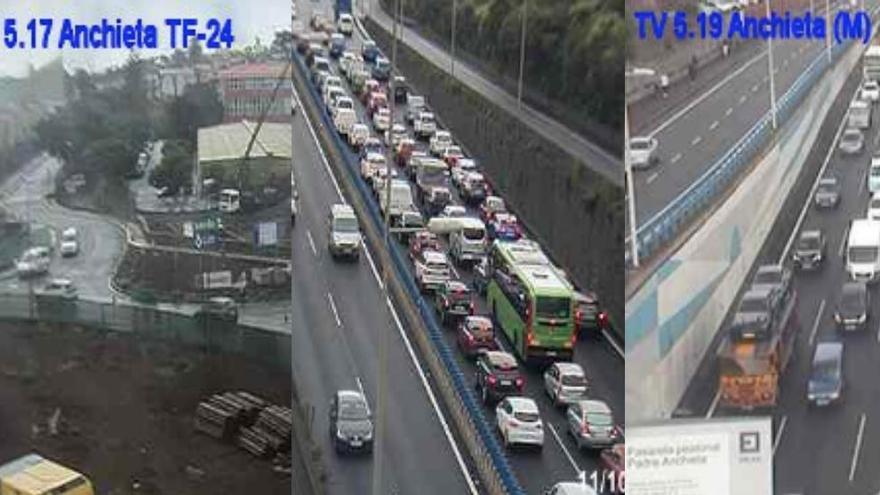 Nueva Canarias proposes a BUS-HOV lane and multimodal interchanges for taxis, buses and trams as a solution to the traffic queues in Tenerife, specifically for the TF-5 motorway, which has recurrently large traffic jams.

In a statement, the secretary of territorial implantation of NC, Valentín Correa, also requests that the Cabildo de Tenerife give priority to the extension of the tram to the northern airport and explains that he opposes the project of the TF-5 variant, a route designed as an alternative to circulate from the Padre Anchieta roundabout to Guamasa and which, in part, would go underground. The project, says Correa, “despite having a budget that will exceed 350 million euros, it does not seem like it will end the traffic jams on the northern motorway.”

The politician underlines that the starting point for having proposals and efficient solutions must be the final approval of the Insular Plan for Sustainable Mobility, in which experts, professionals and affected sectors can contribute their point of view for the improvement of mobility in Tenerife.

It is a plan that, laments Correa, “still has not arrived and is decades behind schedule”, but which is “the only tool that would definitively distance us from improvisational policies and occurrences that only generate uncertainty and disaffection among a citizenry that, each time, she is more disappointed with the public representatives of the island”.