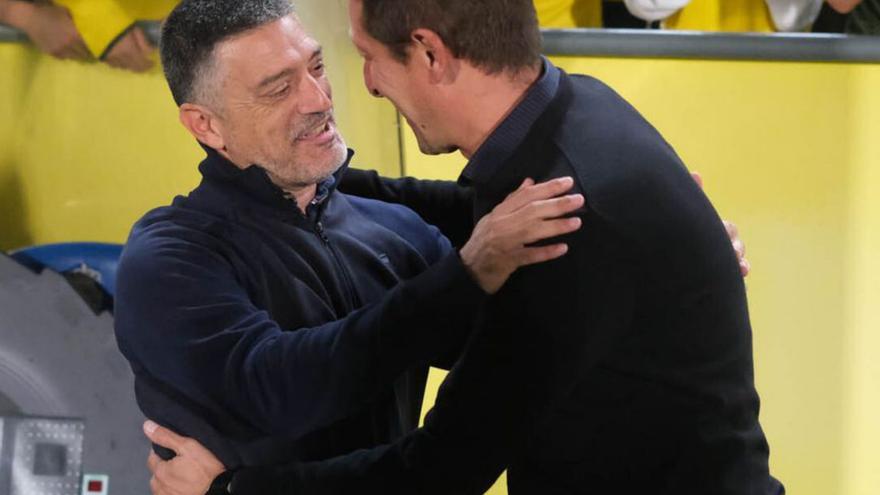 Xavi García Pimienta, coach of UD Las Palmas, was clear about it. The manifest superiority that his team demonstrated against Tenerife in yesterday’s derby at the Gran Canaria Stadium was the result of his team’s efficiency and not because of the rival’s demerits. «I think that Tenerife has not been able to do more things because the palms It has been very good and has not left him. They have tried with their game model, but we have been superior and they have not been able to generate more scoring chances”, commented the Catalan coach.

The yellow coach stressed that the victory against the eternal rival came after making his team “one of the best games” since he has been in charge. «We have been successful in front of the goal. We usually play quite well because if we don’t play well we have little chance of winning games. Today –for yesterday– we have been effective and there has been the big difference with the last games, ”Pimienta analyzed.

The UD coach had words for one of the yellow derby winners on an individual level, Pejiño, author of the first two local goals: «I’m not going to find out. We are a team that organizes ourselves a lot and Pejiño, within his disorder, makes him generate many scoring situations. But he also has a lot of competition. He has the same options as the rest of his teammates to play as a starter. I am very happy for him”.

The victory of Las Palmas yesterday in the derby put an end to a streak of four games without winning. García Pimienta considers that his team, yesterday against Tenerife, “we have had the reward for all the work that the team was doing.” “We have done many matches of this type but this time we have been certain in front of goal,” he said.

In addition, he stressed that UD had “much more control of the match.” «We have had more patience, we have been the protagonist. Las Palmas has been seen that we all love, even if we had not won playing like this, we will be closer to doing so.

Torres, willing to collaborate with the Justice after being summoned to testify as a witness for the ‘mask case’

The hojiblanca-picual oil, from the brand Teguerey, from Fuerteventura, Prepared by Luis Hernández Santana, has been chosen...