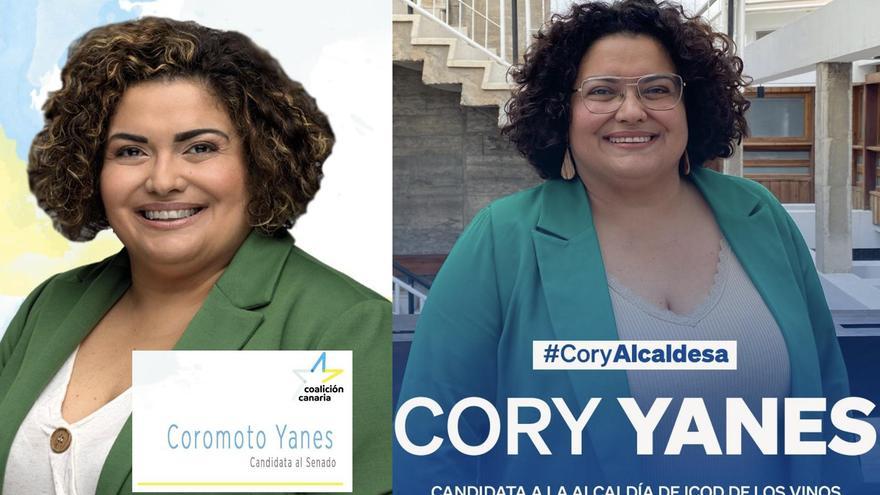 The former councilor of the Cabildo de Tenerife for the Canary Islands Coalition Coromoto Yanes announced just a month ago, on October 25, that she delivered her minutes to the corporation for “personal reasons”. She left the institution and her party publicly thanked her for her “dedication” after 23 years of militancy.

As the party explained then, his replacement would be Iván Martín, who this Friday took office. One day before this happened, the political plans of Yanes, who, far from leaving politics, heads the list of the Popular Party for the Mayor of Icod de los Vinos, the municipality where he settled after arriving from Venezuela, when was 10. In a press conference this Thursday, the PP explained that “Cory Yanes”, as she is now called, appears on the lists as an independent.

According to Notice Journalthe president of the PP of Tenerife, Emilio Navarro, thanked at the press conference “the courage he has had in taking this step, which is not easy, putting the residents of Icod ahead of the initials.”

Coromoto Yanes has been a member of the CC since 1999. As detailed by the nationalist party when it left the act, between 2007 and 2011 she worked as a counselor with a special delegation for Landscape and Urban Environment and for the Ycoden Daute Isora Region. Between 2011 and 2015 she was counselor for Citizen Participation and Attention, as well as Sports Facilities, Leisure Activities and Free Time. Between 2015 and 2019, she managed the Open Government, Social Action and Citizen Attention Area. Since that year, she has carried out her work as adviser to the nationalist group in the Cabildo Insular de Tenerife.

However, facing the 2023 municipal elections, Yanes has abandoned the nationalist ranks and has joined those of the PP in the north of the island.

Public universities, key in the development of the 2030 Canary Islands Agenda

Investment of 655,000 euros for the roofing of CEIP El Chapatal

The best puddles and natural pools in Tenerife 2022

Closures on the TF-21 for improvement works