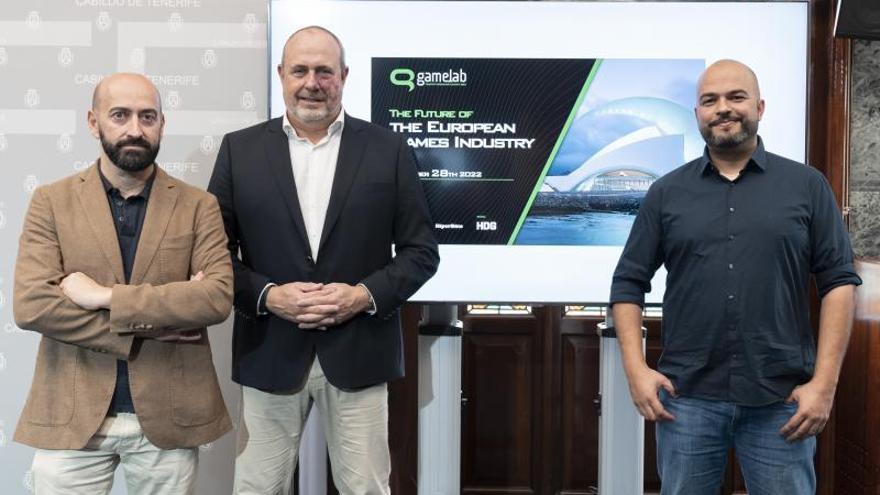 Monday, November 28, Auditorium, from 10:30 a.m. to 6:30 p.m. and with free admission. D-day and H-hour for lovers of the video game industry. They are called to enjoy “of the most important event in recent years on the island” or “the first European video game summit” How do their presenters advertise the specialized meeting? game lab Tenerife 2022. This role is played by Enrique Arriaga, Councilor for Innovation of the Cabildo, the director of HiperDino Gaming (HDG) and the HiperDino Canary Islands E-sports League, Antonio Cabrera, and the director of Gamelab, Iván Fernández Lobo. Examples of the public-private combination that presides over the initiative. In addition to the open day, next weekend there will be a professional and internal industry summit that will design its strategic future at a planetary level. With, they announce again, the presence of representatives of “half of the turnover – more than 100 billion dollars – of the activity worldwide.”

The Noble Hall of the Cabildo hosts the presentation of the forum that will bring together the main European leaders of the industry to discuss its challenges and opportunities. Therefore, creators, executives and investors from Tenerife will define the future strategies of the video game ecosystem. The appointment will culminate with the public event in the Auditorium for which 95% of the places have already been reserved, according to Cabrera.

Arriaga points out that Game Lab Tenerife «It is much more than a meeting for video game lovers, since it is a business opportunity for the Island, a pioneering experience in which we take a step forward in terms of innovation and technology in Canary Islands and with which we promote tourism and the generation of job».

Gamelab Tenerife will count during its eight hours with more than 100 speakers from 17 countries and 90 companies and organizations. There will be a total of 500 professionals from all over Europe.

Likewise, it highlights “the attractiveness for companies in the sector to settle in Tenerife”. Among them the tax advantages. He hopes that “this event will continue to grow and be the first of many editions.” In this sense, he mentions its imbrication in the future Innovation Master Plan. There is a coincidence in this vocation of continuity. Fernández even argues that “it would be a pity if he did not have it.” Arriaga announces in this regard the involvement of the Ministry of Culture interested in Tenerife as the headquarters in his desire for “decentralization”. The goal is for it to establish itself as a key location for the industry, on a par with Madrid or Barcelona.

Arriaga mentions the importance that the agents who visit the Island get to know the local talent in the matter and that the island companies find external partners that encourage their expansion. He recalls the existence of an (independent) indie zone in the venue that opens under the motto The future of the European video game industry: challenges and opportunities.

“This is a world-class event, the most important in recent years”

Antonio Cabrera values ​​the HDG brand that has allowed him to get involved in “projects as ambitious as this one”. He says he feels “excited and a little nervous.” He stresses the importance of an event of this magnitude in Tenerife, “something unthinkable years ago.”

Iván Fernández highlights “the growth of the Spanish industry in the last decade, and the importance of Tenerife betting on the promotion of an ecosystem of talent that contributes to attract investment and employment to the Island”. He adds: “Tenerife has enviable conditions to develop and promote the creativity that video game companies need.” He considers that “it can be a place of relief for the pressure imposed by the unstoppable growth of the sector in the main European cities.”

The Auditorium will host activities for video game workers and students. Renowned creators, executives and investors such as John Romero, Richard Bartle or Maarten de Koning have confirmed their participation. The venue will be divided into several zones. The Chamber Room will bring together sessions by industry veterans, while the Developer Sessions, located in the main hall, will feature round tables, training sessions, talks and interviews with members of the indie industry. The finishing touch will be the Pitch Indie, where some studios will present their projects to the public. Finally, Gamelab Tenerife will have spaces dedicated to professionals in the sector.

The improvement of Las Mercedes street, in La Cruz Santa, is worth 203,000 euros

The second asphalting plan for El Rosario will improve 30 streets for 1.4 million euros

Santa Cruz de Tenerife is one of the pioneer municipalities in the Canary Islands as far as...