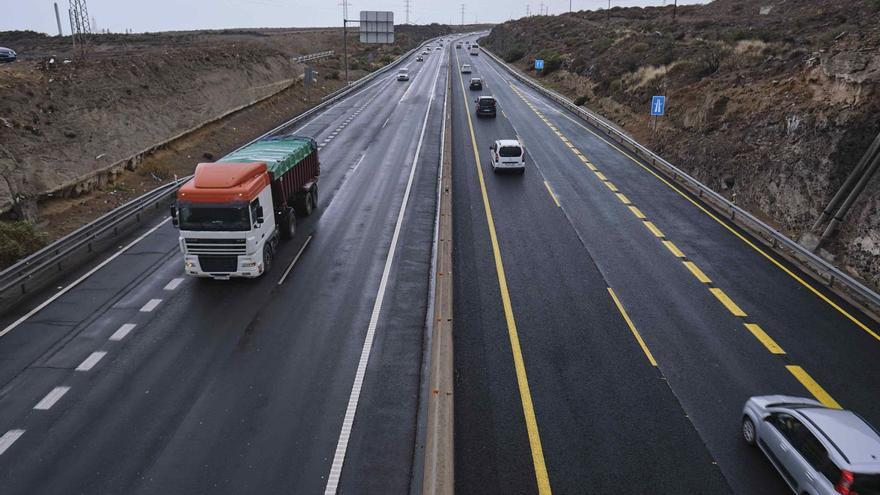 The Government of the Canary Islands awarded the drafting of the projects to build another 43 kilometers of third lane on the Autopista del Sur (TF-1). Specifically, the sections that run between the connection between the Valle de Güímar Industrial Estate and San Isidro, in Granadilla de Abona, and the one that runs from Oroteanda (San Miguel de Abona) to Playa de The Americas (Arona). The Minister of Public Works, Transport and Housing of the regional Executive, Sebastián Franquis, signed the order for the award of the contracts to which the Executive allocates 1,686,540 euros, distributed in 1,304,015 euros to draw up the 34-kilometre route from Güímar to San Isidro and 382,525 euros for the nine kilometers of the third lane between Oroteanda and Las Americas.

Specifically, Obras Públicas awarded the temporary union of companies (UTE) formed by WSP Spain Apia and Estudio 7 the preparation of the project for the third lane between Güímar and San Isidro, a highly complex section because it will force the expansion or redoing of several of the viaducts that already exist on the route of the TF-1. As regards the drafting of the nine kilometer section between Oroteanda and Las Américas, it has been awarded to the UTE Fhecor Ingenieros Consultores y Trazas Ingeniería. In the coming days, it is expected that the drafting of the project for the third lane of the TF-1 of a third section, which runs between San Isidro and Oroteanda, will also be awarded.

With the drafting of these projects, the Ministry of Public Works gives a considerable boost to some actions that, when completed, will provide the Autopista del Sur with 55 kilometers of third lane, which run from the municipality of Güímar to Playa de Las Américas . Once these sections are operational, the TF-1 will have 80 kilometers in use with three lanes in each direction, adding the 20 operational kilometers from Santa Cruz de Tenerife to Guimar. In other words, 80% of the route of the Autopista del Sur (from the capital to Las Manchas, in Santiago del Teide) will have the third lane, “providing solutions to traffic problems in the most conflictive areas of the current route”.

From Guimar to San Isidro

The UTE WSP Spain Apia and Estudio 7 will design the future of the section between Güímar and San Isidro, an action that extends for a distance of 34 kilometers and affects 13 links, 12 bridges, 11 underpasses and the double tunnel of the motorway that separates the Güímar Valley from the Agache region. It so happens that in this section of this high-capacity road are the links that communicate both with the Valle de Güímar Industrial Estate -the largest in Tenerife, in terms of occupied surface-, as well as with the Port of Granadilla -de general interest of the State – and the Granadilla Industrial Estate, “for which there is a very significant growth forecast, so it is foreseeable that the intensity of traffic on this section of the TF-1 will increase considerably”, valued at the time Public Works. This third lane of the Autopista del Sur between the Güímar Industrial Estate and the San Isidro-Granadilla-El Médano links is part of the Agreement between the Ministry of Public Works and the Government of Canary Islands in terms of roads 2018-2027.

On this layout, the current TF-1 was built in the 70s and the road was doubled at the end of the 80s of the last century. In 2009, the work on the third lane from Santa Cruz to the connection to the Valle de Güímar Industrial Estate was completed, making it necessary to continue expanding the capacity of the road on its way to the south, as established in the Island Plan. of Planning of Tenerife (PIOT), which proposes as a generic objective the progressive adaptation of the infrastructural support to the needs of the Island, according to the Canarian Government.

From Oroteanda to the Americas

The second section whose wording has just been awarded by Public Works, Transport and Housing of the regional Executive contemplates expanding the highway between Oroteanda and Playa de Las Américas. It is a nine-kilometre route that begins after the newly built link to the San Miguel de Abona pass that goes as far as the Las Américas pass. It consists of creating a third lane in each direction and remodeling the existing links, a work motivated by the expansion of the TF-1 platform and its adaptation to current planning and regulations. The end of this action in Arona will coincide with the opening of the false tunnel between Las Américas and Fañabé, a project that is also currently under tender by the Ministry of Public Works, Transport and Housing.

This is the section of the Autopista del Sur in which the most notable traffic jams are recorded and which cause complaints and demands from the social, economic and political sectors of the region and the Island. From Las Chafiras to Adeje, the TF- 1 “presents a general problem of saturation due to the high traffic that runs through it, mainly congested in the links of the most important towns along its route”. This is how the regional Executive understands it, which also draws attention to the fact that, given the strategic importance of the Hospital del Sur, the Ministry advocates “carrying out a study of alternatives that allows the incorporation of direct access to the aforementioned endowment , both from the Los Cristianos interchange and from the Playa de Las Américas interchange».

The priority is on the TF-5

The president of the Cabildo values ​​very positively the progress that these awards mean for mobility, but “being very important, these works are still in the phase of commissioning projects.” He maintains that “for the Cabildo, the priorities are those of the TF-5”, for which “we have the advantage that the projects of several sections are finished.” It refers to the Icod-San Juan de la Rambla route, the third lane of La Orotava and the Los Naranjeros-Guamasa connection to Lora and Tamayo. “The latter is the most important work that could be done to definitively unclog the traffic problem,” says the president of the Island Corporation. Pedro Martín states that “the works are waiting for the Ministry of Ecological Transition, Fight against Climate Change and Territorial Planning to report on the environmental evaluation to start the work.” He emphasizes the relevance of this underground work and highlights the consensus -with AENA and Defense included- to avoid land occupation and environmental impact. | JAM