The Government awards two sections of the third lane of the TF-1 for 1.6 million 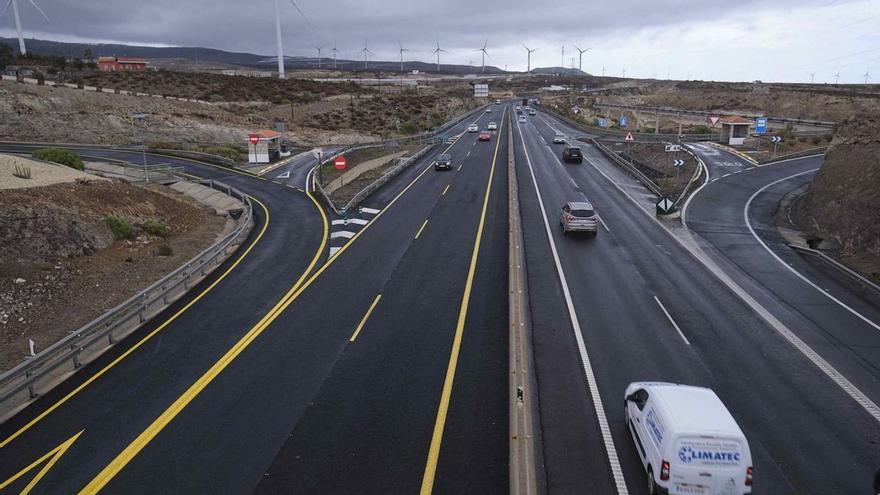 The Ministry of Public Works, Transport and Housing of the Government of the Canary Islands has awarded a total of 1.6 million euros for the projects for two sections of the third lane of the highway of the south of Tenerife, TF-1for a length of 55 kilometers.

The contracts awarded are those of the third rail project between Guimar and San Isidro, for an amount of 1,304,015 euros, and those of the third lane between Oroteanda and Las Américas, for 382,525 euross, as reported this Wednesday in a note by the regional department.

The temporary union of companies (UTE) formed by WSP Spain Apia and Estudio 7 has been awarded the contract to develop the project for the third lane between Güímar and San Isidro, a 34-kilometer section of high complexity because it will force the expansion or redo several of the viaducts that already exist on the route of the TF-1.

The drafting of the nine-kilometre section between Oroteanda and Las Américas has been awarded to the UTE Fhecor Ingenieros Consultores and Trazas Ingeniería.

In the coming days, it is expected that the drafting of the project for the third lane of the TF-1, for a third section between San Isidro and Oroteanda, will also be awarded.

With the writing of these projects, “a considerable boost” is given to some actions with which the TF-1 will gain some 55 kilometers of third lane, from the municipality of Güímar to Las Américas, adds Obras Públicas.

Adding these new kilometers that will be executed in the future as a third lane to the 24 kilometers from the capital to Güímar, means that the TF-1 can have three lanes in each direction in 80 kilometers in the near future, that is, it will remain 80% of the route of the TF-1 covered with a third rail “providing solutions to traffic problems in the most conflictive areas of the current route”.

The project for the layout and construction of the section between Güímar and San Isidro that has just been awarded will define an action that extends over a 34-kilometre route and affects 13 junctions, 12 bridges, 11 underpasses and the double tunnel located in Güímar.

The current TF-1, in the Güímar-San Isidro section, was built in the 1970s and the roadway was doubled in the late 1980s.

In 2009, the work on the third lane of the TF-1 from Santa Cruz to Güímar was completed, so it is necessary to continue expanding the capacity of the road on its way to the south, as established in the Island Management Plan for Tenerife, which proposes as a generic objective the progressive adaptation of the infrastructural support to the needs of the island.

The second section, the wording of which has just been awarded, contemplates the works of the third lane between Oroteanda and Las Américas, a nine-kilometre route that begins after the new Oroteanda (San Miguel de Abona) interchange and ends after the Las Américas interchange (Arona).

It consists of providing the motorway with a third lane in each direction and remodeling the existing links, caused by the expansion of the platform and the adaptation to current planning and regulations.

The end of this action in Arona will coincide with the opening of the false tunnel between Las Américas and Fañabé, a project that is also currently under tender.

The mentioned section of the motorway presents a general problem of saturation due to the high traffic that runs through it, mainly congested in the links of the most important towns along its route.

In turn, and given the strategic importance of the Hospital del Sur, it is necessary to carry out a study of alternatives that allow the incorporation of direct accesses to the aforementioned staff, both from the Los Cristianos interchange and from the Las Américas interchange.

Pueblo Hinojosa: a Halloween in the purest Yankee style

More than 600 signatures for decent healthcare in San Andrés