Citizen Service responds in minutes and appointment for before 2 days 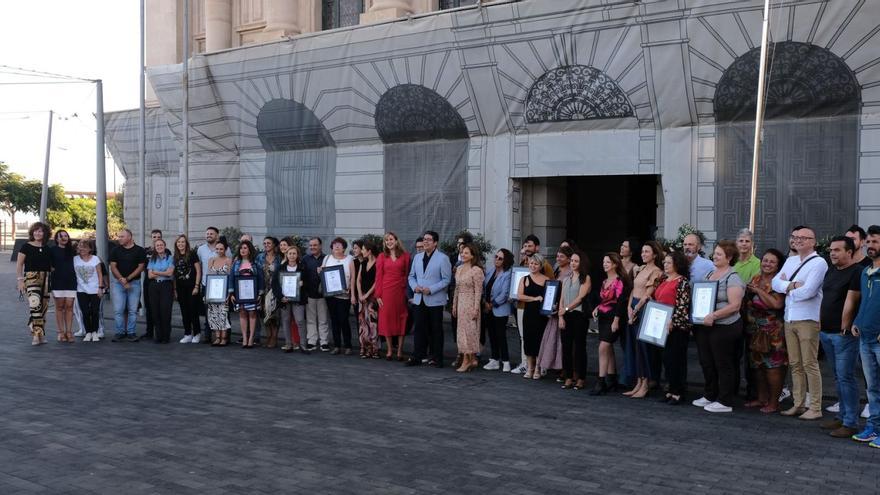 Respond after a single minute of waiting on the phone, or three, if there is a physical presence; give an appointment, at most, for the next two working days and answer complaints in less than ten. These are the premises that mark the daily work in the Cabildo Citizenship Service. Its 50 workers served 193,112 people last year and answered 95,230 phone calls. Figures far removed from the classic Larra come back tomorrow. The proof is the recent distinction received by the service, the prestigious Aenor certificate.

The president of the Cabildo, Pedro Martín, and the Minister of the Presidency, Finance and Modernization, Berta Pérez, held a meeting with these public employees to present them with the seal that guarantees quality. Pedro Martín values ​​before them, that “with their good work they guarantee that we provide adequate attention”. The insular directors of Human Resources and Modernization, Lidia Pereira and Daniel González, respectively, participated in the meeting, in addition to the Head of the Service, Maite Covisa, recently awarded the award for excellence in public function from the Novagob Foundation.

Martín points out that the Cabildo of Tenerife It is the first institution of Canary Islands and one of the few in Spain to receive this certificate, with which the good work of the employees is tested. “This recognition – he underlines – sends a message of improvement to many public institutions that see the Cabildo as a benchmark.” It focuses on valuing the effort of the staff to meet the highest level of demand.

This is how the Spanish Association for Standardization and Certification, a non-profit, private and independent entity, appreciates it.

Berta Pérez, for her part, recalls that “the Cabildo Citizen Services offices were the first on the island to open their doors in the midst of a pandemic, with the priority of providing the best possible service.” Likewise, it values ​​the outstanding with which users have rated the service. It is framed in the Modernization Plan of recent years. This is the first Charter of Services approved by the Cabildo. It is also the only one that contemplates indicators to measure the degree of fulfillment of the commitments, which can be consulted by citizens.

The service is provided in person through eight offices, three open in Santa Cruz and another five in La Laguna, La Orotava, Icod de Los Vinos, Los Cristianos and Güímar, which have a human team of 34 managers. In addition, there are other channels enabled: the telephone service, made up of nine people, and the telematic one, through the Corporation’s website. All so you don’t have to come back tomorrow.