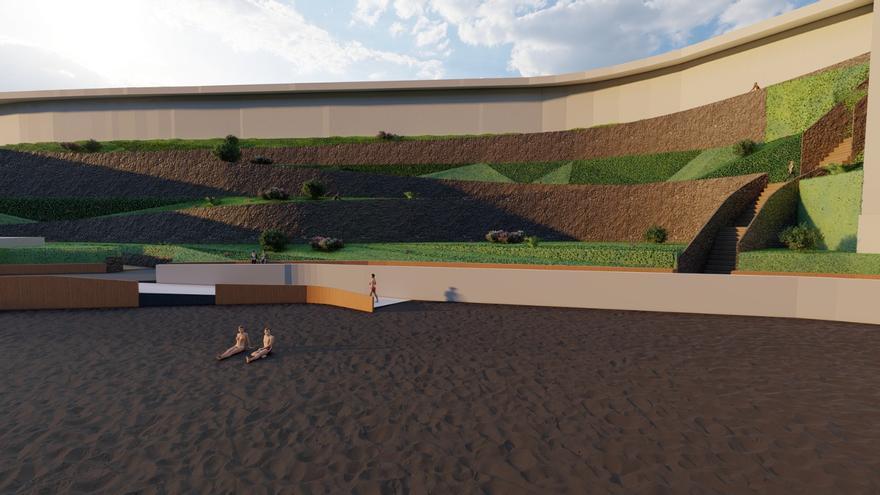 The City Council of Santiago del Teide has recently awarded the company LC30 Consultores the basic and execution project for the conditioning and improvement of the Puerto de Santiago coastline, its scope of action being the beach of Puerto de Santiago, the Los Chochos puddle, the Isla Cangrejo natural pool, the Las Bajas area and its surroundings.

In Phase 1, it is intended to connect the Paseo de La Hondura with the pedestrian section of the Puerto Santiago beach, executing a terraced landscape treatment of the existing natural slope on the beach of said locality. In addition, it is intended to pedestrianize the final section of the Agustín León road until reaching La Sirena street and connect the existing Agustín León square with the beach car park, through a path to be developed on the natural slope itself.

In Phase 3, the road that gives access to the entrance of the natural pool and the accessibility to the natural pool will be adapted, as well as establishing solarium areas with easily removable materials and elements.

The purpose of the project is to design a competitive solution that meets the standards of tourism quality and sustainability, thus increasing the competitiveness and tourist appeal of Puerto Santiago.

The scope of action represents an area of ​​approximately 7,053.75m², and includes environmental and landscape rehabilitation and improvement of the accessibility of this coastal area to convert it into a green lung for the area.

A proclamation as a couple opens Holy Week in Los Realejos