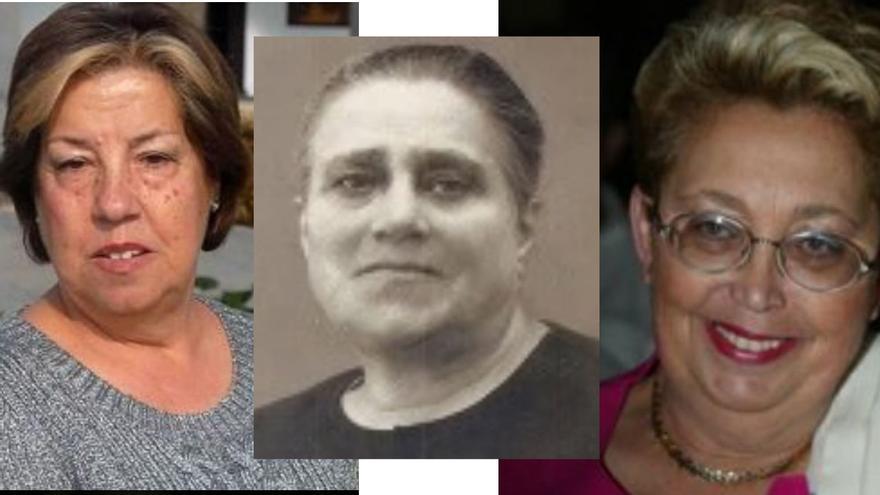 opposition groups in the City Hall of San Bartolome They have been the promoters of the plenary session in which the start of the procedure for the granting of honors and distinctions corresponding to the year 2022 was unanimously approved, to grant the distinction of “Adoptive Daughter” to María Candelaria Ledesma Alonso and Aurea Mauri Cadaviecoas well as the distinction of “Ajey Prize for cultural work” to Balbina Cruz Gonzalez.

The plenary session, of an extraordinary nature, was requested by the opposition considering that the three women have the merits and circumstances established by the regulations, and that all of them have stood out in an extraordinary way at the service of the municipality of San Bartolomé.

The opposition councilors have highlighted that “these distinctions are more than justified. No one can dispute the extraordinary work that Candelaria Ledesma (born in Tenerife) has done in our municipality, as well as that of Áurea Mauri (born in Galicia)and the remarkable health work of Balbina Cruz. All of them are worthy of the recognition of the town of San Bartolomé, to which they have dedicated their lives. It is fair to admit it.”

Born in 1950 in La Laguna, Tenerife. She is a teacher by family tradition, her parents and two of her brothers were also teachers. She came to San Bartolomé from her native Tenerife in 1978. She joined Colegio Ajei as a teacher, occupying a position there. Later, in 1984, he took over the management of the Center, a task he carried out until his retirement in 2011. He has obtained the “Viera y Clavijo” distinction, awarded by the Ministry of Education of the Government of the Canary Islands, as a reward for his work within the education system of the islands in 2001.

During her time as director of the educational center, it was possible to implement the school canteen that was so necessary to alleviate the impossibility of families reconciling work and family life until then. During all these years she has tried to open up the school to the community and to develop teaching in a spirit of coexistence and good relations.

His two great satisfactions have been human: the contact with the children and that the former students remember “their school” with affection. He was also present in the political and cultural life of the town participating as a councilor of the City Council as well as being part of a theater group.

He was born in 1946 in La Coruña. He arrived in San Bartolomé in 1979, quickly integrating himself into the social life of the municipality. His restless and innovative spirit was noted from the first moment.

She opened a ladies’ hairdressing salon in the place where the La Plaza bar is now located, and it turned out to be quite an event since it was the first one to be opened in the town.

In 1982, overcoming rejections due to her status as an advanced female, she managed to join forces and create the first female murga in the Canary Islands, “Las Revoltosas”, obtaining notable successes on an insular and regional level.

Also, he was part of various theater groups and played an outstanding role in political life as a councilman, actively participating in related events both in the organizational aspect and in the events held on the stages for the festivities.

She is one of the founders of the Las Jacarandas group. She is currently a member of the Municipal Choir of San Bartolomé.

Popularly known as “Señá Balbina the midwife”, she was born in Mozaga in 1884 into a large family. At the age of 20, she married Don Eusebio Corujo Brito, and since then, she established her residence in San Bartolomé until her death on July 9, 1965.

She was a woman full of humanity who dedicated her life to others, giving herself fully to the exercise of her vocation, and caring for her sick neighbors with true affection.

He spent his entire life visiting the sick, relieving pain and saving many beings from death. She will always be remembered for her human virtues, as a kind and simple woman.

The social and human legacy he has left is worth noting. Everyone knows the services provided to the municipality, even extending to the island level. If she was required at the farthest point of the island, she was there to attend to a woman in labor and, if the delivery was complicated, the displacement meant that she would spend several days away from home, she did so with pleasure. Most of the time he only had a pack animal as a means of transport to withstand long journeys.

She carried out the work of a midwife for more than 40 years in the municipality and its surroundings, as a healer, kitchen tasks, and even shrouded the deceased who died in their own homes. The same attended a birth to a child with earache, fever, or a sprain, burn. She managed to use popular remedies for the treatment and relief of the diseases that arose and, if she boasted of something, she was not having to mourn the loss of life in the moments of childbirth. .

It should be noted that his work was recognized after many years of experience by medical professionals and authorities in the world of politics. When the visit to San Bartolome of some personality from the political, military or ecclesiastical world was required for the culinary service, not only for its preparation but also for the presentation and setting on the table. His dishes were the tastiest, like everything that surrounds this person’s life.

Santa Cruz formalizes the concession to El Corte Inglés, for one year, of the management of the Tres de Mayo parking lot