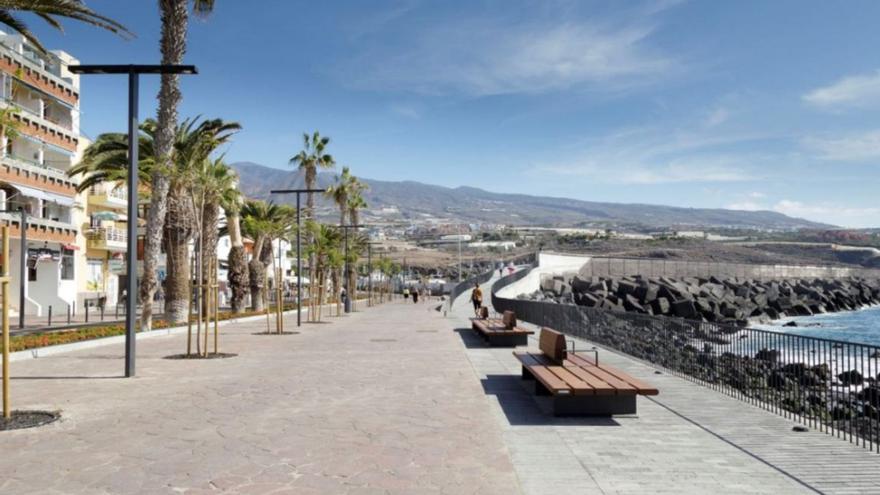 The Council of Tenerife awards the second phase of the project to improve Avenida del Emigrante, in the core of Playa de San Juan, located on the coast of the municipality of Guía de Isora. The beneficiary is the joint venture formed by the companies Asfalto y Obras Tafuriaste SL and Construcciones Elfidio Pérez, for an amount of 2,050,355 euros. This action, included in the Tenerife and the Sea programme, will be financed 80% by the Island Corporation (1,681,061 euros) and 20% by the City Council of Guía de Isora (369,293 euros).

The island president, Pedro Martín, values: “The action represents an important step in the rehabilitation of this space, which required a comprehensive action in the face of the wear and tear of the passage of time, which had been in demand for years.” Martín is also convinced that “it will contribute to generating added value to the island and recovering the coast for public use.”

The enclave will be equipped with more modern infrastructure and facilities, accessible and respectful of the natural environment, “which will promote the socioeconomic and tourist development of the municipality,” says Martín.

The mayor of Guía de Isora, Josefa Mesa, recalls that “the first phase on Avenida del Emigrante meant a great change of image for the coastline, with larger spaces for restaurants and for the comfort of passers-by”. In this sense, she assures that “our goal is to recover the entire Isorano coastline and offer meeting places aimed at the enjoyment of people of all ages.” For her part, the island’s director of Tourism, Laura Castro, highlights that “from the Cabildo, conditioning and improvement work has been carried out at different points of the island’s coastline with the aim of recovering these coastal spaces.”

In this second phase in Guía de Isora, the works will focus on the section of Avenida del Emigrante between Isla de El Hierro and Marejadilla streets, in which public use of the avenue will be prioritized to make it more accessible to pedestrians . To do this, the sidewalks will be widened, favoring pedestrian traffic, and the route will be provided with tree-lined areas.

just two weeks after the inauguration of the Municipal Model Car Circuit.

Guía de Isora opens two new paddle tennis courts. With these courts, the use of which will be free for those registered, the southern City Council continues to expand its sports offer

These facilities, located next to the Aguadulce soccer field, in Playa San Juan, offer the possibility of practicing a sport that until now had no infrastructure in the municipality. This satisfies the demand of a growing hobby. To access them, it will be an essential requirement to be registered in the municipality. Likewise, for better management, users must make their reservation through the Appointment Service on the City Council’s website. The mayor of Isora, Josefa Mesa, has highlighted the municipal commitment to promoting sport: “We want to consolidate ourselves as a municipality that promotes physical activity, especially outdoors,” concludes Mesa.

“We did not consult with CC, but they are just as proud”

Recharge your confidence the day after Tenerife

2,800 students will receive training on the need to save energy