86 million to improve the 826 kilometers of roads in Tenerife 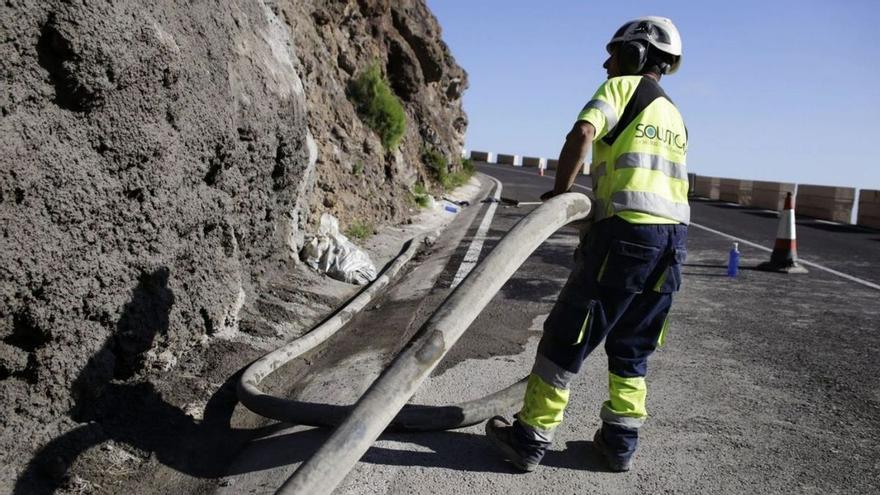 The council destines 86 million euros to preserve, maintain and improve roads over the next five years with the possibility of extension. The Minister of Roads, Enrique Arriaga, details that with this contract 826 kilometers of the island network will be maintained and, in addition, “permanent action by specialized teams in road operations” is guaranteed.

The Island Government Council gave the green light this week for the road area to put out to public tender the ordinary operation service that includes the conservation and maintenance of certain roads managed by the Cabildo de Tenerife.

Arriaga details that “this road guarantees 24-hour service, 365 days a year on the roads covered by the contract by specialized teams, capable of acting immediately in operations that are always a priority and in which the time factor is essential. to offer the best service to the user.

The contract has a specific budget of 85,849,224 euros“which is a considerable increase since the previous ones did not reach 27 million for a total of 582.92 kilometers,” explains Enrique Arriaga.

The also vice president of the Cabildo emphasizes that “now it will cover a total of 826.65 kilometers of those roads on the Island that, due to their special characteristics, require high levels of attention.”

The Island is divided to tender this contract in five zones called Center, North, West, South and Anaga. Each of these areas will constitute an independent lot. The intention is to facilitate access to small and medium-sized companies to participate in said tender, “adds the counselor.

The insular director of Highways, Tomás Félix García, states that the successful bidders will have to carry out road activities to maintain the operability of the highways. Conservation tasks will also be essential to keep the roads in the best possible condition, to which must be added activities of adaptation and defense of the road aimed at regulating, controlling and defending the roads. He concludes that “for this a system of continuous vigilance is promoted».

The tender will be divided into five lots that divide the Island into as many zones: Center, North, West, South and Anaga. The contract, with a budget of approximately 86 million euros, taxes included, will have an initial duration of five years.

Rehabilitation in TF-1 and TF-5

The Roads and Mobility Area of ​​the Cabildo de Tenerife will continue next week with the project to rehabilitate the surface of the TF-1 highway, in the South, and TF-5, in the North. In the south, work will be carried out on the links of the Granadilla Industrial Estate, centered on exit 55 through which the San Isidro and El Médano towns are accessed, and on exit 54, towards Granadilla and Chimiche. The works will be carried out, as usual, between the night of tomorrow and the morning of Friday the 8th. Starting Tuesday and for the rest of the week, exit 55, the entrance to San Isidro and El Médano, will be the place where which the works will be carried out. In order to reduce inconvenience to drivers, the work will take place at night, between 10:00 p.m. and 6:00 a.m. During these time slots, the necessary detours will be enabled to guarantee circulation on the road. The works are being carried out by the Sacyr company. In the North, the work on the road surface of the TF-5, with the same schedule as in the South, and from Sunday to Friday, affects the rolling asphalt on the trunk of the TF-5 road between the kilometer points 51 and 39.5. There will also be alternative traffic between the affected areas.

The waves surprise Garachico and cut the Avenida Marítima