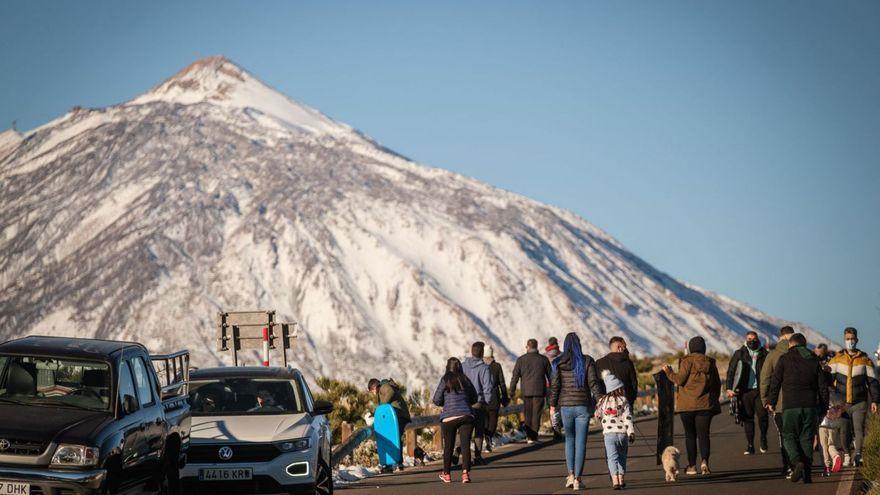 The diffuse emission values ​​of relatively higher volcanic gases have been recorded throughout this week in Tenerifewhere a process of pressurization of the volcanic-hydrothermal system is registered, which does not imply the possibility of a volcanic eruption in the short and medium term.

This information has been released by Volcanological Institute of the Canary Islands (Involcan) in your weekly part Guayotawhich reflects the seismic-volcanic activity recorded on the islands from last Friday, June 17 at 00:00 until this Friday, as well as the level of volcanic alert in the Canary Islands.

Regarding the emission of gases and excluding the areas of La Bombilla and Puerto Naos, in La Palma, where anomalous emissions of carbon dioxide (CO₂) continue to be recorded, the Canarian Geochemical Network reflects that the values ​​of diffuse emission of volcanic gases relatively more high are registered in Tenerife.

On this island, a process of pressurization of the volcanic-hydrothermal system has been registered since 2016, which is normal in active volcanic systems, Involcan points out.

At present, the volcanic traffic lights of Tenerife, El Hierro, Lanzarote and Gran Canaria are in the green position and therefore, the residents and visitors of these islands can carry out their activities with absolute normality.

But more than six months after the end of the eruption on La Palma, the geophysical and geochemical parameters have still not returned to normal and therefore its volcanic traffic light is yellow, which means that residents and visitors have to continue to be attentive to communications from civil protection authorities.

Regarding seismicity, over the past week the Canarian Seismic Network has recorded 97 low-magnitude earthquakes whose maximum value, 2.1, has been related to an earthquake located between the islands of Tenerife and Gran Canaria last Friday June 17.

In addition, that same day, the Canarian Seismic Network recorded a swarm of hybrid events located around Mount Teide.

The total seismic energy released during the past week in the archipelago was 0.75 gigajoules, an amount similar to the electricity demand of El Hierro for approximately 2 minutes.

The earthquakes were located mainly in Tenerife, El Hierro and La Palma and on the latter island a low-magnitude seismicity remains, much lower than that observed during the 2021 eruption.

The Canary Islands are also characterized by moderate tectonic activity and some earthquakes have also been recorded along some active seismic faults, such as the one between Tenerife and Gran Canaria.

Regarding the deformation of the land, during the last week no relevant variations have been observed on any island, adds Involcan.

Affected by the Coastal Law, against the demolition of a score of houses in Güímar

The hydrocarbon slick advances on the Santa Cruz coast: another beach closed

The Tenerife fire is still active with slow progress and affects more than 2,400 hectares