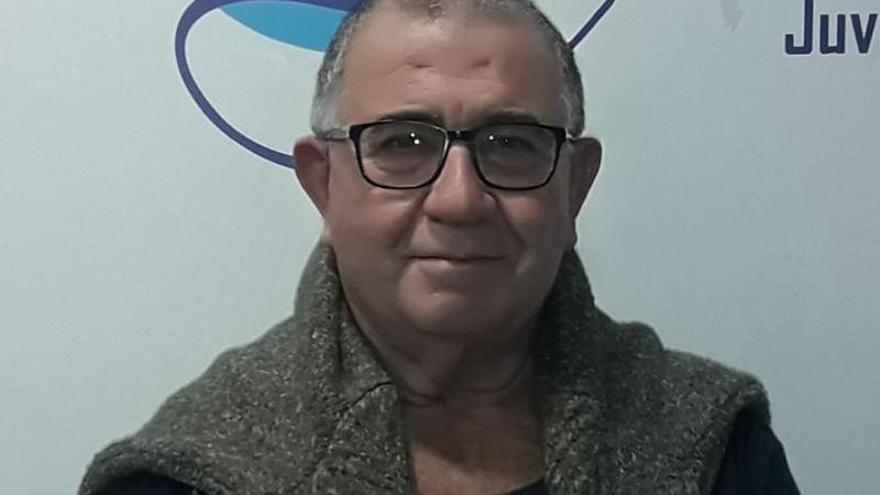 The Municipality of La Orotava approved in its last plenary session an institutional agreement to grant the teacher, writer and former mayor Agapito de Cruz Franco the honorary title of honor villero“for his teaching, political, social and cultural career in this municipality”, where he has lived since 1979.

Agapito de Cruz Franco was born in 1953 in Belver of the Mountains, in Zamora. Some time later he moved to Barcelona to start his working life and studied teaching and sociology. At the age of 26 he came to La Orotava, where it resides in the present and where it was quickly integrated. For more than 40 years he worked as a teacher in different schools on the island such as the El Médano school, the IES San Juan de la Rambla, the CEIP Ramón y Cajal de la Villa and the IES La Orotava-Manuel González Pérezwhere he ended his teaching career.

Once retired, he wanted to promote school radio in the IES Manuel Gonzalez Perez as a didactic resource and, together with the technician Tomás Afonso and the students of the center, created Radio Kiosko in 2014. Since then, she has promoted technical training courses, such as speech and radio script writing.

The Ministry of Education granted him the possibility of implementing this project in other centers on the Island and they did so with Radio Soluciones, of the CEIP Ramon y Cajal; Radio Conchita, from CEIP La Concepcion; Radio Connect, from CEIP Infanta Elena; Radio El Domínguez Afonso informs, of the CEIP of the same name, and Radio Aguamansa, of the CEIP of Aguamansa. In addition to collaborating with the school radio stations of other centers such as CEIP Tomás de Iriarte and IES María Pérez Trujillo, some of them are on hiatus as a result of Covid-19.

In this area, it has also worked on the implementation of the youth radio La Voz Joven, at the Casa de la Juventud in La Orotava, where he also participates in training workshops. He was mayor of IPO-LV in the City Council, has been involved with the environmental movement and is in charge of coordinating the carpet makers of the Corpus of Saint John.

The “vital need to write” turned Agapito de Cruz into a writer who began with poetry, later turning to criticism, articles and essays. Up to the present he has published several titles such as between the dunes (2000), Canary Islands in Key of (l) sol (2011) or under the cobblestones (2013). In addition, he has carried out two editions on history as Various texts referring to Belver de los Montes or collaboration in others such as Memories of the Cruz de Tea neighborhood either History of the Ramón y Cajal Public School. Currently, he is immersed in the creation and publication of six new books: The day that all the Canary Islands were Vilaflor, mobile notes, popular poems, Passages with history, education outside the classroom Y Belver, Curriculum Vitae.