The emotional human story of Tomás, from ‘What do I do my child, should I carry him on my shoulder?’ 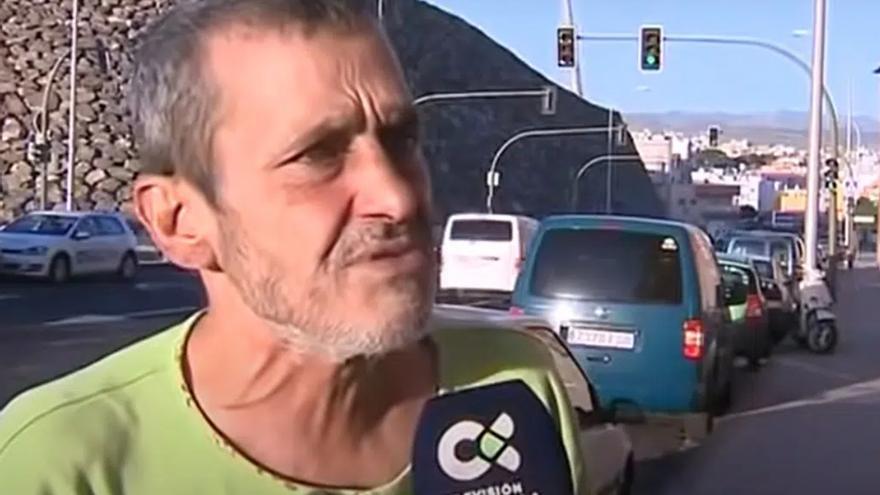 Tomás Dorta Barrios died on March 25.. Perhaps no one knows him by his name, but this canary became popular in 2017 after making a phrase that allowed him to be known in many houses in the Canary Islands: “And what do I do, my child? Shall I carry him on my shoulder?”. This is how he responded before the cameras of Canarian Television who asked him about the fate of a corpse that had been in his house for hours and that he could not bury because he lacked the financial means to do so.

After this news, many were the people who gave their condolences to the family and friends of Tomás and showed that the deceased is much more than a meme and highlighted the solidarity work carried out by this person without resources in his neighborhoodin Tincer, in Santa Cruz of Tenerife.

“It is very important to know the stories of our neighbors in the neighborhood. Go beyond jokes and memes and dignify our people”they explain from Canarias Resiste, which has managed to make the human story behind the famous phrase go viral: “And what do I do, my boy, do I carry him on my shoulder?”.

Three weeks ago, Tomás had welcomed a deceased 47-year-old drug addict. Unfortunately the man died and Tomás did not have the resources to give him a decent burial. The Canarian population took the phrase out of context, completely ignoring the dramatic story of poverty and social exclusion that lay behind.

“Beyond the memes, jokes and even songs that were made with this phrase, Tomás put a face and voice to thousands of poor Canarian people”they explain in that post Canarias Resiste.

“His phrase, taken out of context, was the response to a drama he was experiencing because a man had died at home and had no financial means to bury him,” they explain on the Canarias Resiste portal. “He carried on his shoulders the lives and addictions of many people in the same situation, welcoming them into his own home,” they explain. “It is very important to know the stories of our neighbors in the neighborhood. Go beyond jokes and memes and dignify our people”they explain.

He tried to give drug addicts a roof over their heads

Tomás Dorta’s niece says that “they were a family of eight brothers. He was the youngest, along with his twin brother. He was born on the Zurita Bridge and life gave him enough blows. The last stage of his life was lived in Tincer , in social housing. He always tried to ensure that drug addicts, like him, who lived on the street, had a roof over his head”, explains Raquel, the youngest of his nieces. “Tomás, thank you for welcoming all those drug addicts that the institutions were probably unable to attend to. You were a neighborhood, you were Canary Islands. And hopefully we remember you for your commitment and not just for jokes”concludes the post that has already received thousands of reactions on social networks.

50 percent of people in social exclusion in the Canary Islands they are in a situation of severe poverty, which means that they do not receive any type of income, according to the Foessa Canarias 2022 Report. Likewise, more than 125,000 people make up the so-called ‘expelled society’ in the Islands, which means who are in a critical situation and do not have compensatory elements to get out of this extreme situation.

“The wine culture is being lost”

The AMPA of the ‘barracks’ of the South: “That they put themselves in the place of the students and finish the work”