Santa Cruz closes parks and squares due to wind alert 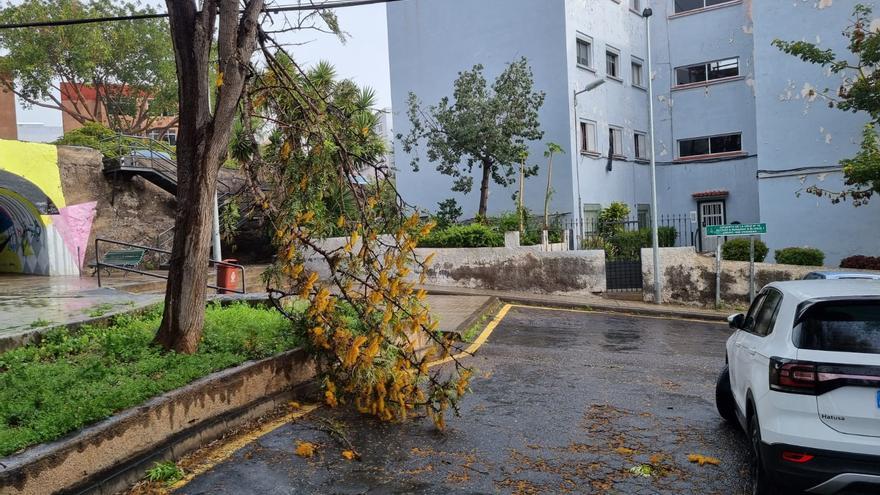 Santa Cruz closes parks and squares due to wind alert. According to the Cecopal of the capital of Tenerifefor the moment the incidences of the strong gusts are summarized in falling branches and displacement of containers.

Also the fair attractionsinstalled in the Parque Marítimo car park, will remain closed due to the risk of their operation in this windstorm, as reported by the Autonomous Organism for Festivities and Recreational Activities (Oafar) of the consistory.

In fact, the entity explains that the closure of public spaces It is carried out preventively to prevent the wind from causing damage to citizens. So far there have been some 20 incidents in the capitalalthough some of the interventions are carried out to prevent the fall of the fence or signage at risk of detachment.

In this sense, municipal services personnel have had to withdraw from the Las Teresitas road several containers and hammocks from the beach that the wind has moved to the road.

In addition, the local police Santa Cruz of Tenerife reports that there has been a breakdown at the traffic light at the intersection of the Dominican Republic, although it does not clarify that it is due to the strong wind that hits the capital of Tenerife.

Municipal services personnel work in the traffic lane of Las Teresitas beach, where the wind has displaced containers and hammocks. This lane has been partially flooded. The closure of circulation in the area is ordered @PoliciaLocalSC #WindAlert pic.twitter.com/aPtBsJWOe7

During the first hours of the day, the Meteorology Statal Agency (Aemet) has recorded gusts of up to 90 kilometers per hour in Santa Cruz de Tenerife. Despite this intensity, it is not the municipality with the worst figures: Izaña is the station that has endured the most wind, since the maximum speed has reached 150 kilometers per hour.

In total, according to the Coordinating Center for Emergencies and Security (Cecoes) 112 of the Government of the Canary Islands, in all the Islands around 75 incidents due to the wind storm.

Most of them are concentrated in the metropolitan areas of the two capital islands. Santa Cruz, La Laguna and Las Palmas de Gran Canaria accumulate falling trees and branches, power lines, fences, walls and displacement of containers.

In fact, among them stands out the detachment of a billboard and part of a wall in the capital of Gran Canaria on a bus of the public service that was carrying out its usual service.

Agents of the Local Police have moved to the place after learning of the fall of this wall on the Cardón highway, at the height of the access to the Díaz Casanova Industrial Estate, who had to rescue the occupants of the vehicle.

In transport, for the moment the strong gusts of wind have forced the diversion of two flights that were supposed to land in the Tenerife North airport from Fuerteventura and Madrid.

In addition, today’s forecast of the Aemet is that Canary Islandswhich is affected by the Celia storm, receives precipitation in the form of snow above 1,500 meters high at the end of the day.

Los Realejos proceeded this Friday, November 25, to the symbolic lighting of their Christmas lights in an...