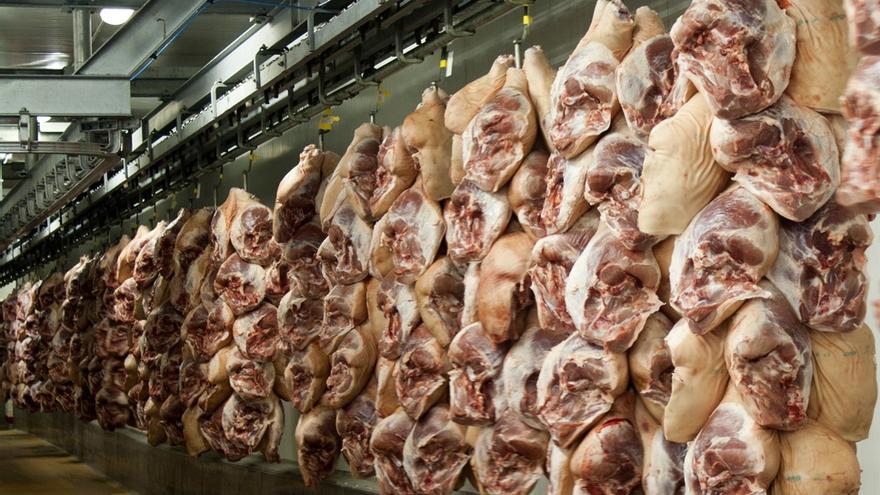 The Council of Tenerife has presented the construction project of the new Insular Slaughterhouse, in La Laguna, to the European fund program ‘Next Generation‘ for an amount of 15 million euros, the Minister of Agriculture, Livestock and Fisheries, Javier Parrilla, has advanced to Europa Press.

This action, planned since 2017 but which was blocked –with a lack of some payments included– has been resumed and now, due to lack of financing, it is also awaiting urban reports from the City Council and the General Directorate of Industry of the Canary Islands Government.

The counselor sees “incomprehensible” that the new slaughterhouse was not built when “there was money” and was bogged down by “absurd administrative vicissitudes” and warns that if they do not obtain the European resources, they will seek another way. “If the money doesn’t come, we’ll have to look for it, it’s not a one-year job,” he adds.

The new facility will be built on a plot adjacent to the current one and Parrilla justifies the high cost of the project in that it is “complex” because it is necessary to build a waste treatment facility, set the insulation levels and create the packaging and reception systems for the animals.

“It is not enough just to build the building and install the machinery, it is an industrial project of the highest depth,” he highlights.

Parrilla comments that despite the meat consumption increased by 10% in the last two years the company is still in deficit and the Cabildo contributes more than 1.5 million a year to achieve “balance” plus a subsidy of another 800,000 euros.

“The slaughterhouse is a strategic public service and we need a public entity that maintains quality and health guarantees,” he says.

For this reason, the Cabildo has reserved more than 800,000 euros in the budgets to undertake a capital increase and that most of the company becomes public – so far the island corporation has just over 33% of the shares –.

Grill also appreciates that “social peace” has been achieved in the company with the signing at the end of last year of the new collective agreement for the workforceof fifty workers, after many years in which “it had not been touched”.

Thus, he admits that many workers were paid for the smallest category or overtime was abused and now it has been possible to “put things in their proper term” with an increase in the vacation bag, a reduction in the working day to 37.5 hours a week, days of own affairs, emergency bonus, salary recognition of 0.5% more than agreed in the national agreement, transport bonus or school help of up to 8,000 euros.

Almost 1,200 people obtain a job in Tenerife in 2021 thanks to the ‘Barrios por el Empleo’ program

140,000 euros for cameras and security screens in taxis

Located the teenager Aimara Díaz, disappeared for the second time in less than two months in Tenerife

The strong waves leave a second victim in Fuerteventura

The Cabildo de Tenerife will invest 1.7 million in the waterproofing of the Montaña de Taco raft