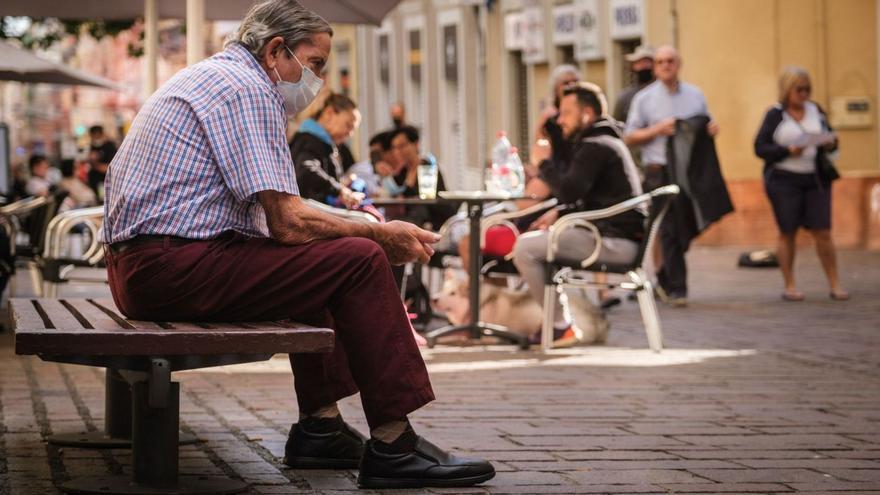 Once the data of the pandemic of the longest bridge of the year have been reviewed by Public Health, the Canary Islands have added 512 cases of coronavirus in just 24 hours. In addition to assuming the highest figure since August 12, this number of positives in covid shows that the sixth wave, far from declining, maintains its growth. This upturn in cases happens just the day before the locals of the Archipelago can begin to request the covid passport to their clients or workers to enjoy fewer restrictions.

And it is that the bridge has generated a disruption in the trend of the sixth wave and that is why the Public Health Directorate has requested an extension of one day to be able to correctly assess the situation of the Islands before modifying the risk levels in the that each island is framed. In fact, it will be today when the Ministry of Health will issue its assessment on whether it is necessary for Tenerife and Gran Canaria – the worst performing islands, apart from Fuerteventura – to impose level 2 restrictions of the covid traffic light. In any case, as the Deputy Minister of the Presidency, Antonio Olivera, pointed out, “it is immensely probable that the data support the public health decision to go to level 2”.

Yesterday, the worst contagion data was notified by Tenerife, which added 210 new cases. There have also been eight new hospital admissions on the island, so there are 165 people hospitalized: 145 on the ward and 20 in the ICU. It is also the highest income figure in the entire Archipelago, representing 57% of all hospitalizations in the Canary Islands. During the week there have been 41 outbreaks on this island, among which the 14 educational ones stand out (the majority between three and five affected, except for three with nine cases). In addition, a second case of the Omicron variant has been found on this island in the Canary Islands. Its discovery has been accidental by screening, it is a woman who had not previously traveled to risk countries and is serving isolation. In addition, a total of 11 people are being studied for suspicions, of which only one has required hospital admission. Gran Canaria, for its part, reported 195 new cases of coronavirus and 19 new hospital admissions. Of these patients, 18 are in the ICU and another 90 are in the ward. This island is also where the highest number of outbreaks have been detected, 52, which represents 42% of the entire Archipelago. The health outbreaks in Gran Canaria stand out, since all have occurred in the hospitals of this island. According to Health, of the five health outbreaks – and all with family branches – three have been reported at the Doctor Negrín University Hospital of Gran Canaria, with eight, five and four affected; and two in the Insular-Maternal-Infant University Hospital Complex, with five and 17 affected. To try to stop the increase in cases and the sixth wave, the Canary Islands has decided to add one more measure to the arsenal of restrictions that it already has in place with the traffic light: the vaccination certificate or diagnostic test. The covid passport will come into effect today and until January 10, with voluntary use, for sectors with capacity or schedule restrictions.

The Cabildo de Tenerife will invest more than 500,000 euros in improving the breakwater of Las Eras beach

The Cuban ambassador seeks his roots in Santa Úrsula

La Palma registers more than 50 earthquakes during the night, one of 4.5 sense in the whole island