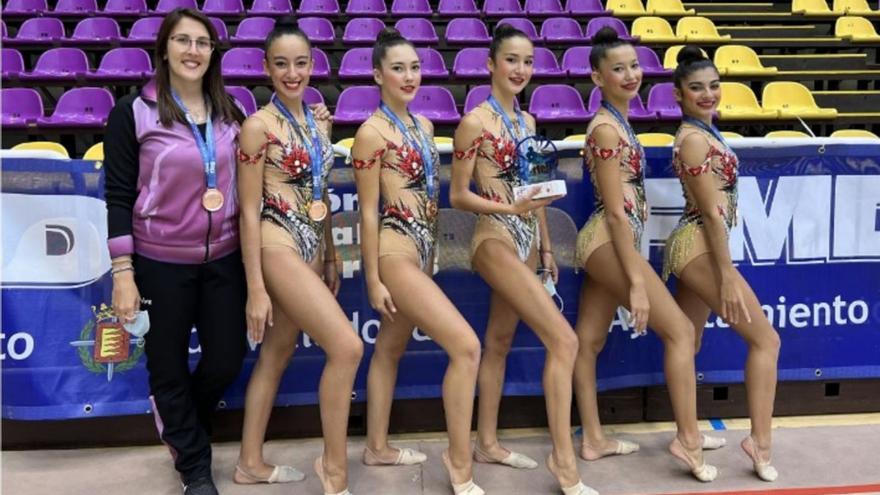 Canarian rhythmic gymnastics shone again one more season during the Spanish Base Championship, held in Valladolid. The island teams managed to get on the podium after four days of competition at the Pisuerga Sports Center, where gymnasts from all over the country took part. Daysan El Tablero, Arenas Corzas Maspalomas and Attenya Telde, for Gran Canaria, and Batistana, for Tenerife, obtained six medals in the different categories in which they competed.

It is worth highlighting the results that occurred within the cadet category. Among the 124 teams in contention, defending champion Attenya Telde finally managed to clinch third place after their fellow Daysan El Tablero overtook them by just two tenths at the last minute.

Regarding the youngest category, great first place was obtained by Arenas Corzas Maspalomas. Another team from Gran Canaria accompanied him on the podium, as the Daysan El Tablero finished in third place. Regarding the performance of Batistana de Tenerife, it should be noted that he obtained silver medals in the juvenile and youth categories.

The results of this Base Spain Championship held in Valladolid endorsed the splendid state of form that rhythmic gymnastics is going through in the Canary Islands. Its representatives returned to the Archipelago with six medals, in a meeting in which they competed against more than a hundred teams from all over the national territory.