Urbanism of La Laguna authorizes teleworking until 10.00 a.m. to avoid traffic jams on the TF-5 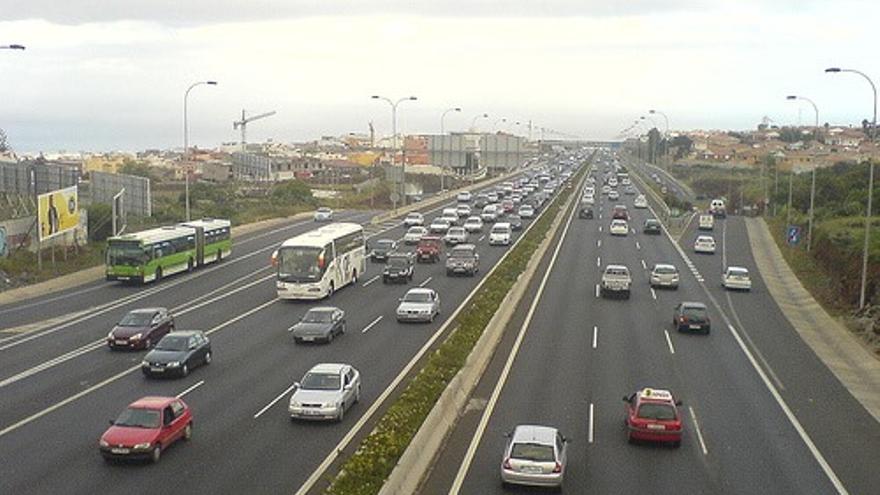 The director counselor of the Urban Planning Management of La Laguna (GULL), Santiago Pérez, has authorized that the public employees of this autonomous body who are domiciled in the northern towns of the island start their working day by teleworking (up to a maximum two hours), postponing their face-to-face entry into the office until 10:00 am to avoid being caught in the queues that are generated early in the morning on the North highway (TF-5).

As has been happening in recent years, on the TF-5 large traffic jams are being generated in the direction of the metropolitan area from very early in the morning and as a result of this, people residing in the north must be detained in the highway more than an hour to be able to get to their jobs, informs the City Council in a note.

In addition, the consistory points out that the beginning of the school and university year has coincided with the obligation to return to face-to-face work in many companies and public administrations, after the significant improvement in health data derived from the pandemic caused by COVID-19.

This GULL measure can be adopted because the implementation of teleworking since the end of 2019 has yielded “more than satisfactory” results, among other reasons, thanks to the “exhaustive control” and monitoring of the work carried out by each employee .

For Santiago Pérez, said organizational decision not only contributes to facilitating the reconciliation and quality of life of personnel from the municipalities of the north of Tenerife, but “it is a measure consistent with the policies of sustainability and rationalization of mobility and use of the TF-5 “.

From the point of view of the Councilor for Land Management of the City Council of La Laguna, this action, together with other policies to promote public transport and sustainable mobility, can serve as an example to other companies and public administrations that have the tools of control of teleworking, to help improve the serious problems that have occurred in the metropolitan area for decades.

Torres rules out changes in the Government of the Canary Islands: “I am very happy”

Five free guided tours through the historical heritage of Tenerife