Tenerife senderistas criticize the excess of noveleros in the mountains 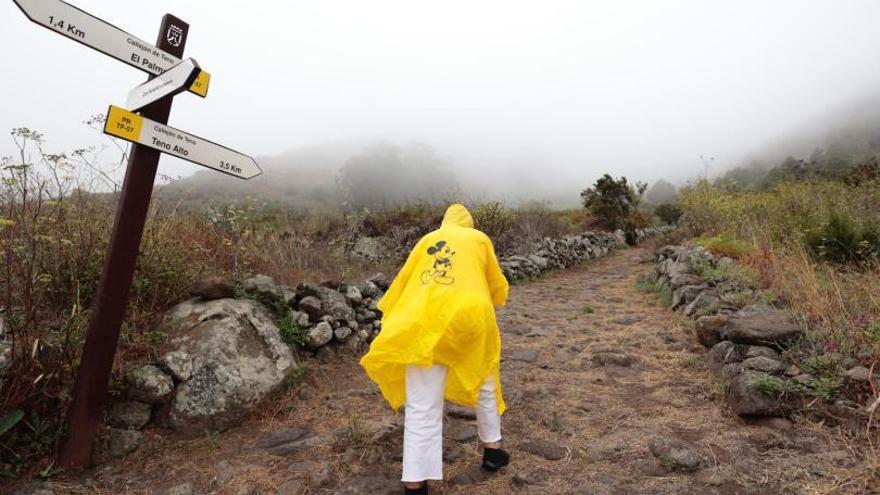 The debate has been opened after the Tenerife Council will announce measures to put an end to the damage caused by motor vehicles in natural areas. The federated mountaineers recall in the first place that “there is a regulation for the sports and leisure use of natural spaces.” They value in this same sense that “when we walk through nature, we observe that in a significant number of these spaces, especially those managed by the Cabildo, we usually find explanatory panels indicating the place where you are, the route you are in. you can do it with the added difficulty, the distance to travel and the effort to develop derived from the unevenness of the orography ».

They add that “these posters also tend to include a brief review of the interest that the trail may have, either from a natural, historical, and / or ethnographic point of view.” The sources emphasize that “in addition to these aspects, which are important to guide those who travel through the mountains or the coast, it is also indicated, through a series of pictograms, who the users may be.” It means that «for example, if in addition to walkers, bicycles, motorcycles, horses or 4X4 vehicles, among others, can also pass. Something fundamental ». They want to make it clear that “sometimes even these measures are not enough.”

Chano Gil is a member of the board of directors of the Federación Insular de Montañismo, president of the Montañeros de Nivaria club and a perfect connoisseur of the trails of Tenerife. It starts from a base: «More and more citizens want to go to the mountains and enjoy our natural beauties, but there are a series of drawbacks derived from this overcrowding of natural spaces.

Gil sums up: «The island’s population is close to a million inhabitants. This, together with the increasing number of tourists seeking access to the natural environment, beyond the classic sun and beach, means that in many places the carrying capacity of the trails is altered. Hence, there are inconveniences, not only for those who pass through them, but also for a very fragile natural environment ».

Gil understands that there is a danger that “the life of the flora and fauna of these places will be modified and endangered.” The spokesman for the mountaineers adds another factor: “If you add to this the use of means such as bicycles, motorcycles, quads, etc., the situation worsens much more.” All of this, Gil emphasizes, “is increased by the calling effect that occurs on social networks, making it fashionable to photograph oneself in certain places.” “The repetition of these actions causes damage that often becomes irreparable,” he underlines..

The mountain regulars add arguments to their reflection: «It happens in some cases that the places where two and four-wheelers can travel are insufficient for many users; some, improperly, invade the trails and cause obvious deterioration ”. From the collective they add. “Ditches are being created, which ultimately make the road impassable for those of us on foot, in addition to the risk of causing accidents because the narrowness of the paths makes it impossible for vehicles and walkers to meet.”

From this scope it is proposed that “in addition to increasing vigilance and sanctions against those who do not comply with the regulations, it is essential to undertake preventive measures.” These would go through “increasing information and environmental training.” The reason is that “not only the motorized athlete, but also some hikers lack basic knowledge and understand nature as if it were an amusement park.” Chano Gil adds: «We know that motorized sports federations have contacted the authorities to request more spaces for sports but the spaces are what they are and it is very difficult to find alternatives that do not go through a greater affection to nature ».

Based on all the comments, the hikers understand that “it is necessary to generate a great social debate in which all parties who have something to say participate and agreements are reached to be respected by all.” Of course, they start from the basis that “the Island is finite and we must be brave when it comes to respecting the restrictions. That It means renouncing certain improper practices and striving to achieve a sustainable balance in all activities in the mountains ”.

Regarding the possible installation of drones or other control elements to check the location of people and vehicles in the nature of the Island, Chano Gil acknowledges: “I do not have an opinion, since I do not know if it is legally possible. But using these devices persuasively would help reduce incidents and accidents.

It is difficult to know exactly how many people are hiking on the island because many are not federated. The truth is that the number of the latter is close to 8,000 people in Tenerife, while in the Canary Islands they exceed 30,000. With regard to Montañeros de Nivaria, an example of an organized group on the Island, there are about 1,300 at this time. Gil explains that “you have to differentiate between federated and partners.” “We have around 200 associates in Nivaria.”

The expert recalls that “in mountain federations it is not mandatory to become a member to have the federative license.” “Many people acquire it for the advantages offered by the associated accident insurance, which even covers rescues if necessary.” In Tenerife there are almost 100 clubs but most do not reach 50 federated. There are two that gather around 1,000: Grupo Montañero de Tenerife and Nivaria. In any case, many people, organized or not, go out every day, especially on weekends, to the natural spaces of the Island. Perhaps too many.

The pilgrimage trails to Candelaria close on Friday

The routes through the ravine can be carried out on weekends, as has been happening and...