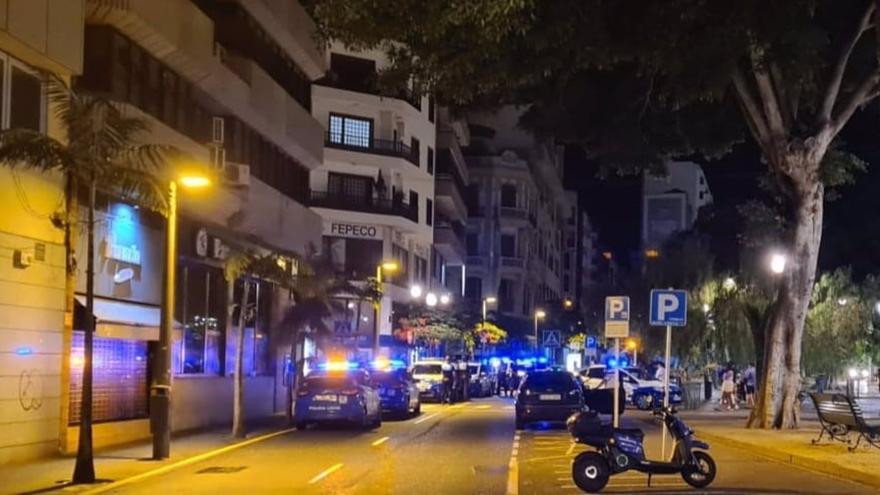 The Local Police of Santa Cruz de Tenerife has evicted this weekend two nightlife venues in which preventive measures were not followed, such as the prohibition of dancing or the maximum capacity allowed, since only in one of the bars there were 277 people inside.

Both performances took place during the early hours of Sunday in two venues located around the Alameda del Duque de Santa Elena and on Calle El Clavel. These were two nightlife venues that caused annoyances and in which, when the Local Police appeared in both, the agents detected numerous infractions.

In the first case, around 03:30 a.m. on Sunday, several police patrols were required to check the noise and disturbances that occurred outside the aforementioned premises. Once there, after ordering the people who were outside to leave the area, the police observed that inside the premises there were a significant number of customers not complying with the minimum protection measures. When inspecting the establishment, many people congregated dancing, consuming alcohol and very crowded together. Those responsible for the establishment were not able to provide the data on the capacity control, although it would be authorized to have about 80 people inside.

The police officers proceeded to vacate the premises and found that there were 277 people inside the bar, an issue on which the staff of the same could not give an explanation. It was also found that a good part of the clientele was dancing, an unauthorized circumstance in the current sanitary circumstances. Neither was the obligation to wear the mask respected, nor was there an adequate record of the participants. Of all this, reports were made that have been sent to the corresponding administrations so that the possible responsibilities for all this can be clarified.

In the second place that it was necessary to intervene, in El Clavel street, the agents verified breaches of both the number of tables and chairs and the number of people they had authorized on the terrace of the same. In fact, some people who worked in the premises when detecting the police presence, began to collect the terrace that, at that time, served 30 people when it is only authorized for six. In addition, with the door closed and with instructions from the staff not to leave the premises, 50 more people remained inside. After the eviction of the establishment, the appropriate reports were made in this regard.

Other minutes were processed for non-compliance with the hours of two multi-stores known as 24 hours and one more for excess capacity on a terrace located in a public square.

Regarding the sanctions for the possession or consumption of narcotic substances, a dozen cases were quantified and, in the same way, the agents were forced to intervene in some brawls that occurred in the city center already in the early hours of the end of the month. week.

The number of sanction proposals processed by the Local Police of Santa Cruz de Tenerife, during the last week, has fallen to 39 cases, detecting only one ‘bottle’ on the Tahodio road in which about twenty people participated.

Yes We Can Canarias, against the new terminal and the study on Fonsalía

Clavijo rejects the censorship but warns that CC “will raise the revolutions” in the opposition: “We are the alternative”

Bajo la Cuesta, in Candelaria: Five years of eviction and threat of demolition