Coup to the mafia in Tenerife with a hundred detainees 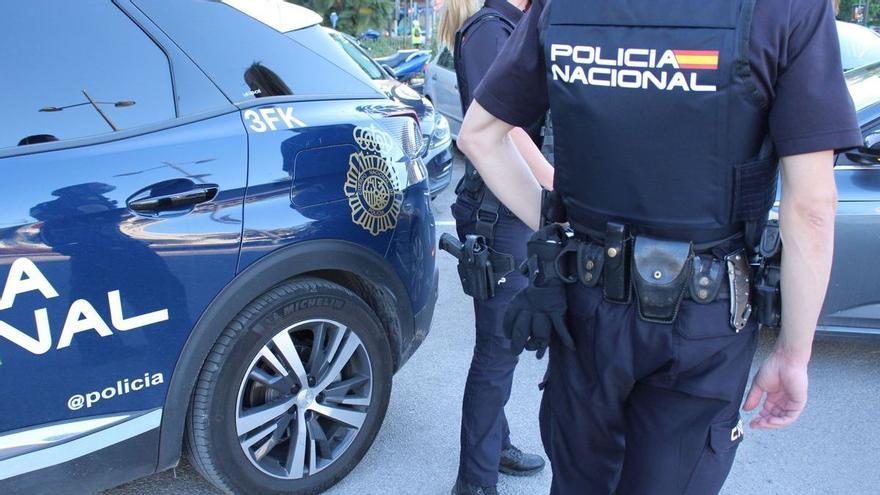 Agents of the Tenerife National Police, in a joint operation with the Polizia di Stato of Italy and EUROPOL, they have dealt a hard blow to the Italian mafia through a police operation that has ended with the arrest of 106 people in the south of the island of Tenerife, accused of belonging to criminal organization, fraud, drug trafficking, money laundering, kidnapping, falsification of documents, injuries, threats, coercion, robbery with violence, robbery, Social Security scam and illegal possession of weapons. The detainees had allegedly laundered more than ten million euros in the last year, coming from computer scams carried out throughout Europe.

Investigations began in June 2020 by the National Police, when it was detected that a group of people linked to different Italian gangster clans, whose mission was launder the money obtained through the multiple computer crimes committed in Spain, Germany, Ireland, Italy, Lithuania and the United Kingdom.

The organization had a high degree of technification, which allowed it to cover different types of computer fraud: phishing, smishing, vishing, sim swapping, CEO fraud and business hacks. All this brought the group huge amounts of income, specifically more than ten million euros in a single year of research. That money, once received in controlled bank accounts, was laundered through their companies or in crypto assets, to later be reported to the mafia organizations. 118 bank accounts have been blocked to date.

The dome directed a whole network of recruiters and intermediaries

The members of the leadership of this criminal organization stood as an authentic criminal pyramid structure, and they ran a whole network of recruiters and hundreds of financial intermediaries, known as “mules”, who, although they were positioned in the lowest places of the organization, were an indispensable link in the complex machinery of money laundering.

This group of criminals had managed to settle and enter different levels of society: business networks, law firms and banking entities, among others.. This level of settlement not only gave the organization impunity for money laundering, but also for the different criminal activities of these mafia groups carried out in Spain. The police investigations made it possible to corroborate, among these activities, prostitution, arms sales, drug trafficking, kidnapping, fraud, identity theft, document falsification, crimes against Social Security, robberies with force and violence, injuries and even involvement of several of its members in two homicides carried out on the island.

The amount of money they obtained was so high that they managed hundreds of bank accounts that they opened and closed continuously., arriving on one occasion to kidnap a woman and, after threatening her at gunpoint, take her to an ATM to steal all her money and open 50 online bank accounts for the organization. Once detained, they threatened the victim and those around him to prevent them from testifying against him.

The extreme violence of this group was also manifested in other criminal actions. They beat up, robbed establishments and extorted so much from members of the organization who deviated from internal norms like other people or companies from Tenerife who, for fear of reprisals, did not report, which gave them a significant degree of impunity.

The entries and records made by the agents provided data that demonstrated the implication of those investigated in the numerous criminal offenses, including drug trafficking, since it was possible to detect a marijuana plantation composed of more than 400 plants and a processing center of the modality full melt or iceolator, consisting of filtering the marijuana leaves together with water and ice in order to increase its effects, since it is much more powerful due to the increase in the active principle THC.

On the other hand, the realization of new scams already prepared has been avoided, seizing in a single registry more than 80 telephone cards arranged for the carrying out of crimes of sim swapping and vishing, obtaining data on numerous victims of computer scams. For the mafia, this mode of financing was so important that they sent fugitive members of the Italian Justice from Italy to control their financing activities on the spot and thus supervise the obtaining and sending of money.

Two of the detainees had valid European Arrest Warrants for 20 years in prison for drug trafficking, robbery with violence and robbery with force. Once settled in Spain, they continued to live thanks to the crime, also having in force arrest warrants issued by the Courts of the Barcelona town of Sabadell and the Tenerife town of Arona for kidnapping and robberies with violence.

It was also common for a member of the Neapolitan mafia leadership to travel to Tenerife to control the operations that were carried out. Each time this happened, the investigators settled in the Canary Islands prepared all the coverage and security measures to avoid the detection of this person in Spain, although the police investigations allowed him to be identified and detained in Italy through a European Detention Order. The security measures adopted by these fugitives, aware of their situation and their contacts, as well as the police pressure, led to the operational exploitation being advanced, once the agents confirmed that they were in possession of false documentation and that they were programming their escape from Spain.

For it, the police device was designed, planned and coordinated from the island of Tenerife, carrying out 18 entries and searches and proceeding to a total of 106 arrests. To carry out the police deployment, a single command center was established located in Santa Cruz de Tenerife, from which a police device distributed in three operational phases was coordinated and led and in which members of the National Police and EUROPOL participated. and the Italian Polizia di Stato, establishing a direct channel of communication with the competent judicial and prosecutorial authorities of the Tenerife town of Arona, Bari (Italy), the Prosecutor’s Office in the Computer Crime Unit of the Supreme Court and the Prosecutor’s Office EUROJUST Anti-Drug Special.

During the operation, the agents intervened an electric discharge device, 12,615 euros, 402 marijuana plants in different stages of development, two precision weighing scales, material for growing marijuana, material for the distribution of doses of cannabis, 118 blocked bank accounts, 224 bank cards and numerous computer equipment, among other effects.