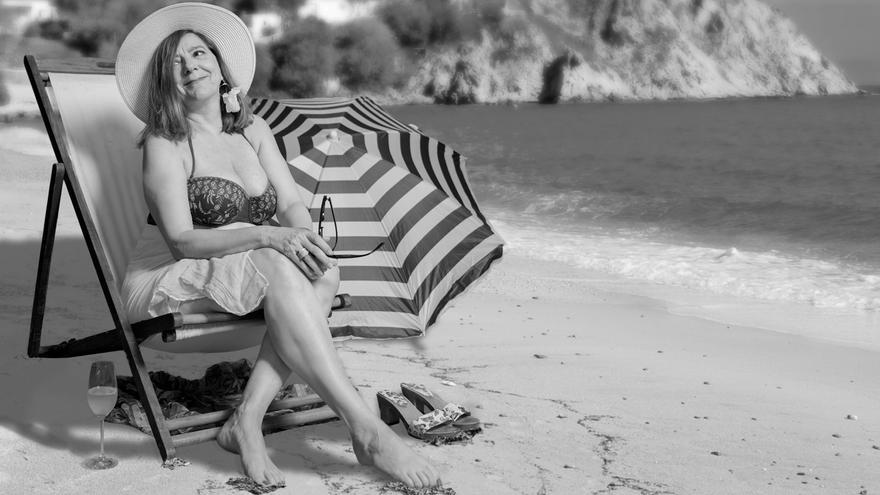 A childish life, without the illusions of yesteryear and monotonous. Such is the routine of Mrs. Smith, a forty-eight-year-old mother of two grown children who talks to the kitchen wall as she prepares dinner for her husband. But inside her awakens Shirley Valentine, her alter ego, who dreams of a different life, far from there, from her marriage, from the boredom of the day to day. A feminist friend invites her on a trip to Greece and, after thinking about it a lot, Shirley takes the opportunity this trip will give her to find a different life, perhaps even herself.

That is the plot of the play I love shirley valentine, a story told like a monologue by Mrs. Smith, which will arrive next Saturday, September 25, at the Guimerá Theater. All this after the success of its premiere in Gran Canaria last June. The origin of this hilarious proposal dates back to 1986, when Willy Russell conceived the character. One that is interpreted by Mari Carmen Sánchez and that, in the words of the actress herself, “the situation of Mrs. Smith is, unfortunately, the reality of many women of the time.”

In this sense, the interpreter considers that although the current situation of women has changed a lot compared to the past, the work “is still necessary today”, because of the empowerment of the figure of women that it represents in itself.

The theatrical representation, with Juan José Afonso in the direction, is a mixture of humor and tenderness about the understanding of human beings to delve into how Mrs. Smith comes out of her shell, abandons the role that society has imposed on her and transforms on Shirley Valentine.

The play premiered last June in Gran Canaria and arrives in the capital of Tenerife with its hilarious proposal.

Tickets can be purchased at this link.

A beach in Tenerife closed due to the presence of hydrocarbons

The Government invests more than 388,000 euros in Fuerteventura in accommodation to isolate by Covid-19

9.4 million for the collaboration of private companies in public contracts

They locate a score of dead birds in the El Manisero pond, in Tejina (Tenerife)

One of the deceased paragliders was a medical resident

The island operational cooperation center (Cecopin) of Tenerife has declared the forest fire extinguished this Wednesday...