La Laguna presents its general accounts for the year 2020, with a “clear improvement” compared to 2019 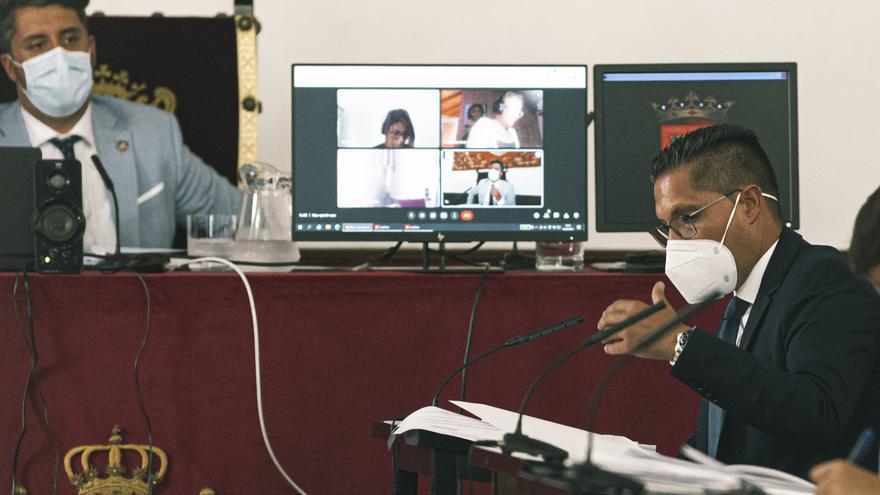 The La Laguna government group has presented the general account corresponding to fiscal year 2020 in the plenary session of the corporation, a file whose economic indicators show a “clear improvement” with respect to 2019 despite the crisis generated by the COVID-19 pandemic .

The Councilor for Finance and Economic Affairs, Alejandro Marrero, has ensured that the economic indicators show a clear improvement, especially in terms of the decrease in the average period of payment to suppliers, the City Council reported this Friday.

Marrero recalled some measures aimed at reducing the tax burden in the municipality, such as the suspension of the occupancy rate on public roads by terraces and tables and chairs, the reduction of the IBI rate, the extension of the deadlines for the payment of taxes, or a 50% reduction in the garbage rate at specific times, among others.

These measures adopted directly in fees, added to subsidies to SMEs and the self-employed and the taxi sector, translate into more than 5 million euros.

Marrero, yes, has stressed that these measures are not going to be financed by the increase in certain taxes, as is the case in other local corporations.

Among the most outstanding data, underlines the City Council, there has been an increase in general liquidity that will allow the City Council to deal with debts and obligations that expire in the short term, that is, in a period of less than one year.

Something similar occurs with the immediate liquidity ratio, which translates into a greater capacity of the City Council to face debts with the economies with which it is available or can be immediately available at that time.

This greater capacity to face debts and obligations is strengthened with a reduction in indebtedness, whose ratio goes from 0.34 in 2018 to 0.26 in 2020, since the municipal government did not contract long-term debt in that period.

Another significant indicator is the improvement in the average payment period, which drops from 30.25 to 25.63 days on average between 2019 and 2020: “Instructions were given to the different municipal areas to focus the greatest efforts on expediting the processing of invoices, establishing an exhaustive monitoring mechanism to be able to pay them as soon as possible ”, the mayor stressed.

On the other hand, the average collection period goes from 50.8 days in 2019 to 53.21 days in 2020, an increase of just three days that is due to the fact that in 2020 the voluntary payment periods were extended by two months of periodic taxes to alleviate the effects of the health and economic crisis of COVID-19 and thus make it easier for citizens to pay taxes.

Help from the Tenerife Island Council for supplementary feeding costs for bees on the island of Tenerife. Financial year 2021