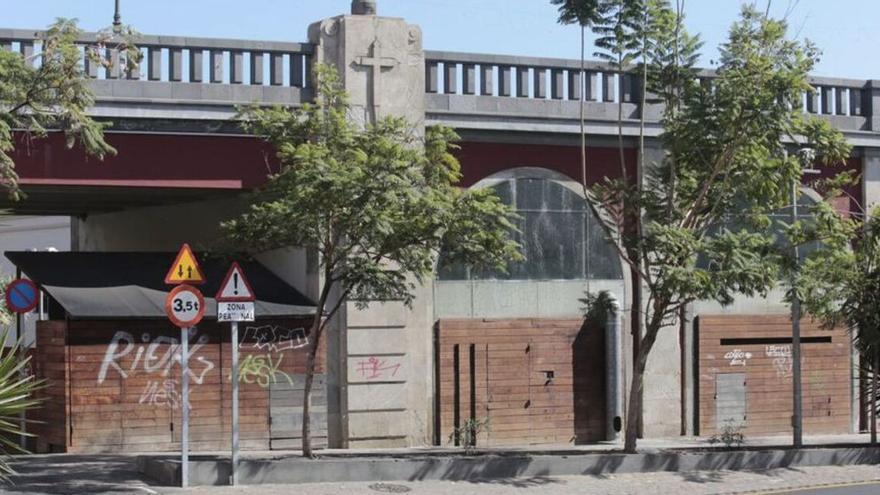 The Santa Cruz de Tenerife City Council, through the Infrastructures and Works area directed by Dámaso Arteaga, will begin next Monday, the 20th, the preliminary fencing works of the action that will take place in the area known as Arcos de la Noria, consisting of the demolition of the kiosk and the recovery of the space in the basement of the Serrador bridge to “return this space for the use and enjoyment of citizens, since it will become a pedestrian and rest area in the city center and in this emblematic street ”, has indicated the mayor, José Manuel Bermúdez.

Arteaga, for its part, reports that “demolition is the first phase for the restitution of the lost urban space, so controlled demolitions of all the pavements, sills, fillings, enclosures, finishes, etc. will be carried out.” The councilor assures that these works will be done “respecting and protecting the plant species of the immediate environment to avoid blows by the machines used in the demolition”.

In this initial phase of the works, and in a general way, the necessary safety protections and shoring will be placed, to guarantee the stability of the elements to be demolished, explains the Consistory. In addition, Dámaso Arteaga indicates that, “prior to the demolition of any element, the possible energy supplies from the street will be cut off, avoiding acting on buried pipes, carrying out frequent irrigation in order to avoid the formation of dust and, if necessary, it will be disinfected avoiding contagion ”.

In the section on the conditions that will prevail in the aforementioned action, we will proceed with mechanical means to remove and clean the resulting surface, taking special care with the work carried out near the neighboring buildings and areas of pedestrian crossings, etc. , adds the City Council.

In the finishing phase that will be given to the arches, it will consist of a cement and sand plaster, a layer of lime plaster to protect from humidity and the final layer of paint. The basalt stone in the lower areas in contact with the demolished will also be repaired, so two living areas under the existing trees have been incorporated into the new recovered urban area, seeking rest and views of the surroundings and the bridge. .

New detours on the TF-1 highway as of Monday

Explosion and partial demolition of a house in La Laguna

Left: The debate on the port of Fonsalía serves to weaken Tenerife