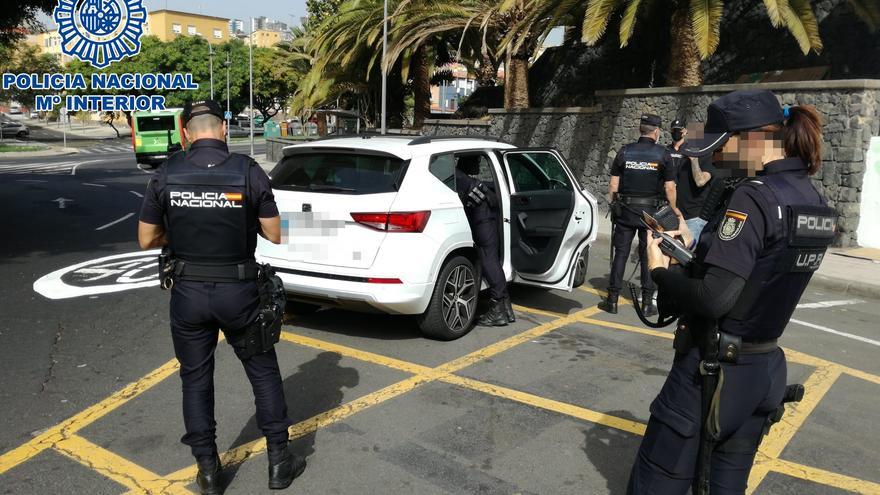 The National Police, last weekend, put into practice different devices in the leisure areas and beaches of the tourist towns where it is deployed, to guarantee compliance with the health measures on COVID-19 also in the time slots night and in those spaces.

In this way, in the capital of Tenerife the agents carried out foot patrols at the closing time of the establishments to prevent groups of young people from making bottles in the areas of Anaga avenue and Parque Maritímo. The agents proposed 34 people for sanction for different breaches of the COVID regulations.

Likewise, in the towns of Adeje and Arona, after the closure of the nightlife establishments, the agents proceeded to evict around 300 people from the beaches of Troya and Las Vistas. Some of them were concentrated without respecting the established sanitary measures.

In the development of the police action, 28 people were proposed for sanction for different breaches of the Organic Law of Protection of Citizen Security, such as disobedience, possession of prohibited weapons or possession or consumption of narcotic substances on public roads.

In the rest of the localities with the presence of the National Police, an active police presence was carried out in the same direction, although, except for isolated incidents, respect for sanitary measures was significant after the closure of leisure establishments.

In addition, last week the National Police agents made 87 sanction proposals in Santa Cruz de Tenerife, 54 in La Laguna and 14 in Santa Cruz de la Palma, mostly for not wearing a mask and for not respecting the minimum distance .

The actions have been carried out by national police officers of the Provincial Police Station of Santa Cruz de Tenerife in collaboration with agents of the Local Police Corps of the different affected localities.

The heat returns to the Canary Islands this Monday

Viera: ‘KO’ for a fracture

The capital will review the structural state in which the old San Martín cinema is located, in El Toscal

The V edition of the Hell's Walls Swimming Crossing will have around 300 participants At the...